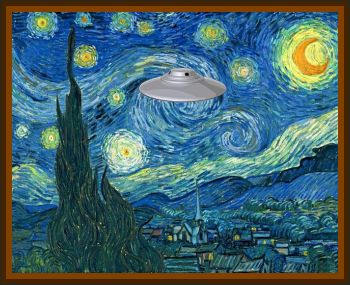 In effort to further explore the report of unidentified lights and screaming sounds alleged in Morehead, Kentucky, an internet search was conducted to retrieve the address and phone numbers of residents of Adams Lane, law officer earlier contacted had advised of the search taking place near this location.

After a reverse lookup was conducted at the internet resource, one residency was identified on Adams Lane in Morehead, KY.

That number was called around 6:30 p.m. the evening of Sunday, November 30, 2003, and I inquired if anyone could help me with information about the report of screaming sounds heard around one week earlier.

The call was received by Dr. Virgil Davis, a U.K. college professor.

I was here when the screams were heard, he said. There were some loud, blood curdling screams but nobody could find out anything more.

I then asked if Dr. Davis knew anything about any UFO sighting and he said:

Dr. Davis said that he was driving toward his home on Friday, November 21 between 9:00 p.m. and 10:00 p.m. with his 2 sons, 15 & 18 years old. He recalls the specific date, knowing that one son is in college and would not have been home any day except Friday.

While driving, they all spotted a soundless aerial object over a nearby open field that was described as an oval shaped, white colored light source as big as a pea held at arms length which moved like a hummingbird would move.

After the first 3 or 4 minutes of visual observation, the object began moving around to different parts of the sky. They got out of car to see if they could identify this object and verified to their satisfaction that the object was not a plane, helicopter or aurora borealis.

My first inclination was to rationalize what this object could have been, rather than jumping to conclusions. After we ruled out the various possible explanations we assumed that this was a UFO, Dr. Davis said.

I know for a fact that there was no explanation for this object and I’m just glad I had my sons with me to see it, he said.

After observing this object for a few minutes, Dr. Davis and his 2 sons got back in the car and drove on to their home under a certain sense of apprehension.

I would say that our feeling was more a sense of apprehension than fear, I did not know what it was we were looking at and had some concern that it might or could have spotted us, he said,

After driving the short distance to their house, they went to a second floor bedroom and looked out the window to the northwest where they continued to watch the object. It descended lower toward the ground and seemed to be settling in a nearby field where its color had shifted from a white to an orange. As the object got lower and lower to the ground, it became bigger and its color changed to a reddish light.

He said that the size of the object increased from a pea at arms length to a dime at arm’s length, stressing that its size, from his perspective, was not quite as drastic as a nickel at arms length.

There was like a vacuum of silence while we watched this, it was like everything was real quiet, at a standstill and then when it became a red color, everything went crazy, Dr. Davis said.

Dr. Davis said that animals in the area erupted in a frenzy. His neighbors dog was barking crazily and his German Shepherd dog tried to break its chain.

From his perspective, the object descended to the ground but was not certain that it touched or made contact with the ground as trees prevented him from seeing this with certainty.

At that point, after this object got red, it just shot off like a dart, some kind of acceleration and it just took off to the West. We just stood there dumbfounded.

He said the sighting lasted for an estimated 10 to 15 minute duration.

I was very reluctant to call the police about a UFO sighting, at that point, we were not going to report this, he said,

Right after that my sons went back outside and heard the screaming. It was a female voice.

They got in the car and within minutes had called from their cell phone to say that they had been hearing screaming sounds in the field where this thing came down, he said.

Approximately 20 minutes after the UFO sighting the police were at my door, there were about 20 officers and a rescue squad over in the field where I spotted the UFO. They were combing the area and had asked me what I knew about someone screaming.

Apparently, others had heard the screaming sounds.

I asked Dr. Davis if he could explain what was heard and he emphasized that he did not hear the screaming sounds himself, that his sons heard the disturbing commotion, along with other residents in the area that notified law enforcement.

Dr. Davis paused from our conversation to check with one of his sons, asking if he could recount the nature of the screaming sounds. He said it was a desperate, blood curdling scream of a female voice that kept saying:

Apparently several people had heard the screaming, I don’t know how long it lasted, he said.

When the police arrived at his doorstep knocking on his door, an estimated 15 minutes after the UFO departed, Dr. Davis volunteered information about the UFO sighting.

I took the officer to the side and explained to him that this is going to sound crazy, but I need to tell you what I saw tonight.

I told the police about the UFO after they came to the door, I don’t know if anyone else saw the UFO but the officer taking my report took me seriously. He didn’t write anything down while I talked with him, Dr. Davis said.

When asked if the police officer indicated that anyone else had also witnessed the UFO, Dr. Davis said that the police officer said he had seen a UFO also, but was uncertain if he was referring to the same object or a separate, unrelated sighting.

Dr. Davis said that aside from reporting this to the police officer who knocked on his door, he had not reported this sighting to any other person and that he was not the source for the report which was submitted to The National UFO Reporting Center. He was puzzled how the report made it to NUFORC and said that neither he, nor his sons, reported the sighting to anyone.

I’m still trying to figure out who reported this, Dr. Davis said after our conversation. He went on to say how he got freaked out when the cops came to the door asking about the screaming sounds.

Dr. Davis, who teaches psychology for the Ashland, Kentucky Community College branch of the University of Kentucky, also said that he had previously seen a UFO when he was in his freshman year in college at Morehead State University in 1976. He said the object was similar to what he saw on Friday, November 21, 2003.

I am deeply impressed by Dr. Davis and his efforts to remain objective and rationalize various explanations about the sighting. Based on his observation, the object in question is nothing to do with Aurora Borealis or northern lights.

Dr. Davis allowed permission to use his name and employment in this report, having no objection to it attached with the UFO sighting and situation involving a search party near his home.

Information furnished by Dr. Davis sheds new light on this case. Comments from him directly contradict the dismissive approach taken by law officers in remarks made during earlier inquiries, who also incorrectly advised that the event was on Sunday, November 23, regarding a UFO situation that corresponds with the screams.

When informed that a Morehead policeman and a fire rescue officer told me that someone had seen the northern lights, Dr. Davis scoffed at the suggestion and was in disbelief.

I can’t believe they said that, this was definitely not the northern lights.

He said that tomorrow he will inspect the 50 acre field where the object descended.

The report to NUFORC suggests that the UFO was also sighted by witnesses with the rescue squad responding to the scene. This might suggest that the screaming sound was heard simultaneous to the visual sighting of the UFO.

The person who submitted the sighting report for Morehead, KY, provided no personal or contact information, to include no e-address. It reads as if it was submitted by a member of the team that was dispatched, it reads as if someone just copied a written record of the dispatch. I would have responded to the report, save for the absence of any means of contacting the source.

Morehead-Rowan Co. Rescue Squad had a call from MPD of a female crying for help 3 times.

Then there was a bright light in the sky for about 1 minute. Rescue Squad arrived on scene and started searching the area 1st and 2nd witness reported seeing this.

The fire department was asked to begin searching with the thermal imaging camera with no results found. Resident of Morehead was one of the witnesses.

Unless there is a confirmed report of a missing person, the search will not be continued.

The report of desperate, blood curdling screams from a woman crying:

Made this case with a disturbing sense of unusual dread. Clearly, there was a problem taking place and this report raises the specter of reported UFO/human abduction or interaction.

Morehead, is an estimated 45 miles South of Flemingsburg, where a crop formation appeared in a rye field in the spring of 2003. A flap of crop formations and UFO sightings also bewildered Southern Ohio in the summer of 2003, and during this flap one strange account of a woman found in a Southern Ohio soybean field is under investigative consideration.

There is no certainty that this situation can be linked to the UFO or crop circle flap aside from the chronological and regional closeness, but the woman, who was hospitalized for a week after being found by a farmer, reportedly experienced amnesia and did not know how she got in the field.

This matter is also held under close consideration by researcher Donnie Blessing and will be pursued further.

This present case of screaming sounds from a female voice is linked firmly to the UFO sighting as per the same location in one specific field near Adams Lane in Morehead, KY and the 20 minute time frame of the conclusion of the UFO sighting to the arrival of officers involved in the search and rescue operation.