My Grandfather & The UFO 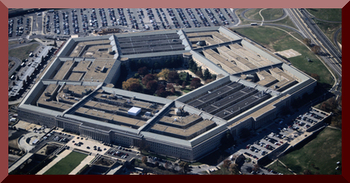 THE TRUTH IS OUT THERE reigns in the UFO community. It is more than a mantra or a creed. It implies that someone, somewhere isn't telling the truth, the whole truth and nothing but the truth. But here is what I know to be the truth from my granddad in a nutshell.

One of Granddads reporters interviewed the rancher, Mac Brazel late into the night after he had reported the miles of debris he discovered on his property several miles out of town in July 1947. Mac had taken his discovery to the local Air Force Base and they initially published a story in the local paper that a Flying Saucer had crashed. Within hours, that story was recanted and some General (?) was pictured next to a little pile of crap that they now claimed was from a weather balloon. (uh huh.)

Granddad was at work preparing to air the most important interview of his career. He received a phone call from someone claiming to be from the Pentagon, "urging" him to NOT air the recording. When he refused, quoting Freedom of the Press, Free Speech and all that, he was ordered to pull the interview or have his FCC license pulled. Granddad told so-and-so that he couldn't do that, and the so-and-so replied that he was with the "g*$ d%@! Pentagon" and "we can do whatever we want". INTERESTING....huh?

So, my grandfather pulled the plug. Years later, the original recording from the interview along with all the written transcripts were lost in a mysterious fire at the building that housed the records. No, Granddad never listened to the interview in its entirety. No, he does not know anything more about it. No, he never received another phone call from the Pentagon or anyone else in any type of government position ( military or otherwise ). No, he never SAW anything.

He DID however, attempt to view the debris field shortly after it was reported to the Base, but was denied admittance to the property. He recalled a long section of ranch road being blocked off and lots of armed military personnel manning the barricade. He passed multiple trucks loaded with men and equipment coming in and out of the area. MORE INTERESTING, huh?

Did he believe it? Did he believe that a UFO had crashed in Roswell , New Mexico? Did he believe that there had been a cover-up? I asked him once in an interview of my own. I video taped him telling stories of his life and talking about his accomplishments as an heirloom to pass down to my children and eventually their children. And I could not resist the temptation to just ask...

You know what he said? That he didn't know. The people who did know were mostly already gone. Many of the unclassified records were also gone. But he made two points. One, if there had been no cover up, or rather, nothing TO cover up, then why all the secrecy, the threats, the complete media blackout? And two, who are we as mere humans to presume that we are the only ones?

This man loved God his whole life, was married to the same woman for nearly 65 years, had 14 great-grandchildren at the time of his death, and left his footprints on the hearts of everyone he knew. To this day he remains the most profoundly intelligent person I've ever had the privilege to know, love and call my family.