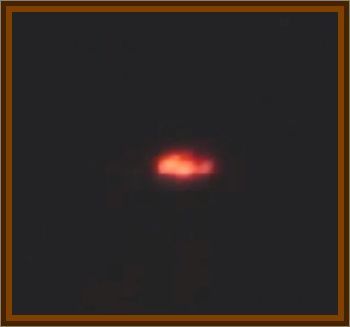 My name is Leopoldo Morales and I am an airline pilot. On Saturday, January 3, 1998, at 3:00 a.m., I was standing on the beach in Puerto Vallarta, a seaside resort on the Bahia de Banderas, 360 miles West of Mexico City, when I witnessed something very unusual. I should add that I have over 30 years flying experience, including 24 years with the air force and air national guard.

While standing on the beach and looking at the stars with another airline pilot, I observed a reddish colored light, which I initially thought was a meteorite, move rapidly from east to west. It was much too quick for a satellite, planet or any of the usual things seen in the night sky.

As I pointed out the light to my companion, the object suddenly changed direction by about 135° of turn, very sharply and extraordinarily quickly. The movement defied any laws of flight and physics that I am aware of. The light then made another rapid change of course to a Westerly heading, then disappeared out of sight. I was so startled that I immediately confirmed what I had just seen with my companion. I have never seen any flying craft perform this type of manoeuvre before, and to me this means there are only two possibilities: either there are extremely advanced aircraft of unknown type created by a government that wishes to conceal this new technology from our knowledge, or spaceships from outside our planet really do exist, and I saw one of them.