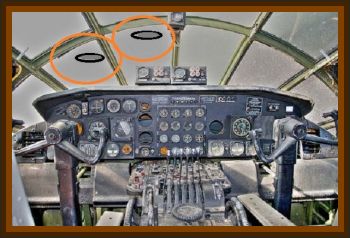 Early in the 1952 UFO sighting wave 2 disks approached and paced a B-36 bomber in the vicinity of Davis-Monthan AFB, Tucson, AZ.

On May 1, 1952, Major Rudy Pestalozzi, a base intelligence officer, along with an airman, looked up as a B-36 flew overhead and saw 2 shiny disks overtake the bomber, slow to its speed and position themselves alongside.

The bomber crew, startled by the experience, made an unscheduled landing at the base and were interrogated at length by Major Pestalozzi, who happened to be the base UFO officer. Members of the flight crew had crowded into the starboard blister aft of the wing and looked down at a slight angle to see the closest disk, which was lens, or double disk shaped and about 20' to 25' in diameter.