Montford Bridge UFO Incident On The A5 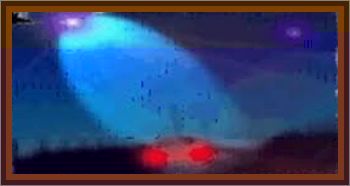 Location: Shrewsbury, Shropshire, England ( On the A5 )

According to author Nick Redfern a declassified report made by Corporal Rickwood of the RAF’s Provost and Security Services provides an intriguing story from the mid 1960s.

22 year old Diane Foulkes, had been driving home to Shrewsbury along the A5 road around midnight on November 8, 1966. She noticed a bright circular, object in the sky emitting beams of light from the sky towards her vehicle as she got close to the River Severn.

Corporal R.A. Rickwood of the RAF's Provost and Security Services wrote in his report:

She could see rays of light shooting from the object which appeared to keep station with her car until she arrived home. At one time during the journey the object travelled near her and the rays seemed to come towards the right hand side of her car. She felt a bump against that side as if they had struck it. At this moment she felt as if she had received an electric shock and had felt a severe pain in her neck.

The left hand side headlight of the car also went out. This made her extremely frightened. When she got home she felt very ill and had complained to her parents……

There is no evidence to associate the incidents complained of with the Royal Air Force and the complainant Miss Foulkes is now satisfied that the incidents are unexplainable and in no way connected with the Armed Forces.

Interestingly, the UFO seems to have drained the power from the headlights of Diane Foulkes’ car. Another common theme in UFO reports around the world. It was also significant that the RAF sent an investigator to interview the witness. It points to how seriously the topic was taken in private whilst a curtain of ridicule was promoted publicly.

The most glaring statement is that Foulkes was convinced that the incident was unexplainable and not connected with the military. As long as the MoD could avoid responsibility then it seems they placed this above the safety and protection of their citizens!