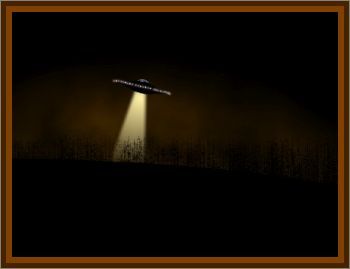 At around 8:00 p.m. local time, a B-52 jet bomber flying south on a HEADSTART II type mission became aware that an object was following the aircraft. The tail gunner had picked up the object on his scope.

The object was also detected by the Electronics Warfare Officer, EWO, and two radar frequencies were determined as being utilized by the UFO. The UFO was maintained on MB-9 scope for approximately one hour at ranges of 24,000' to 45,000'. A ground GCI station was notified upon initial contact with the object and an F-89 Interceptor was launched at the time the object penetrated the Northern ADIZ. The pilot and RO in the F-89J made visual contact with the unknown object. The object appeared to be delta shaped. The pilot of the F-89 estimated he had closed to four miles of the object. The object changed its heading of 270° to 350° and increased speed and began to climb.

The F-89 gave chase to the limits of the F-89J, with the object steadily pulling away. The MG-12 Fire Control System on the F-89J had radar contact until 0319Z.

There was concern about this object and this statement was made:

In view of the fact that this sighting suggests a possibility of a different type of threat to the Continental United States, request this Headquarters, ATTN: ADODI, be advised of your final analysis regarding this sighting.

The UFO demonstrated high performance and was painted by a high frequency radar. There was also thoughts that the object might be using radar absorbing materials.