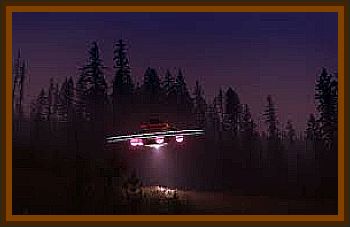 Sometime in the 1970s a group of boys had seen a UFO land in the Edward Hunter reserve in Moe.

It was in the local paper which was called either The Moe Advocate or The Latrobe Valley Express.

A few days or a week later there was another write up accusing the boys of lying, and the whole thing being a hoax. I do not know the boys names nor the full story, I only remember the headlines as I was not allowed to read it.

I am their witness which they would be unaware, as my parents did not report it. The night they saw the UFO was the night I was laying on the couch and staring out the small lounge window. It was dark and a huge bright disk shaped object came down on an angle rather slowly, no sound at all, from the southeast and down past the house next door in the direction of the Edward Hunter reserve.

I told my mother first thing in the morning, and again when she was reading the article about it in the paper.

My parents believed it was just my imagination and although my mother says she now believes me at the time she did not want to encourage such nonsense. Especially since the whole town was scoffing about it.

If you know of the report could you please let me know or if any of you boys are reading this please note you did have another witness that night.