Event Around the Time of the Millenium 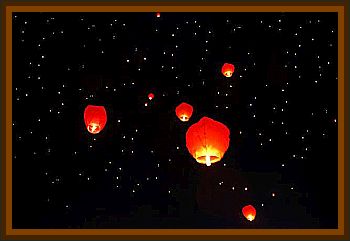 As a British expat of 52 years old, living in Hong Kong since 1995, I feel it very important to tell you about an incident which occurred around the year 2000, here in Hong Kong.

I am a company director and have my own business here in Hong Kong. I am part of the Jewish community and I do not have anything to gain, other than relief, from events regarding the governor of Arizona appearing on TV admitting to the reality of the Phoenix Lights.

I have always had an interest in the subject of UFO’s as does any person who thinks outside the box, or who is of a creative nature. Many of my friends know me for my perhaps extrovert behavior and they know I am not afraid to say things for fear of ridicule.

One night just around the time of the Millenium, 3 of my friends were out on our junk boat when they saw lights in the sky but had difficulty explaining to me what they saw. I think the confusion was about the color of the lights. I had read about the Phoenix Lights and immediately thought that there was similarity in the description. One of my friends who saw the lights that night, a company director, who was also a governor of the Jewish Day School asked that I go to the Kowloon side of the harbor the following night, because he was unloading a chartered vessel of oranges from South Africa. He would explain in greater detail.

I arrived whilst he was talking to the captain, who was Polish, I recall.

On the quay were about 12 Chinese all sitting and eating during a work break.

Whilst he was talking to the captain, I saw a v shaped formation of amber colored orbs. I use this description because that is exactly how it was. Here is the strange part. It was joined by 4 further v shaped formations. These v shaped formations moved without sound and very slow, flying around a vertical beam of light coming from the IFC 1 building in central Hong Kong.

We watched for hours as they cambered during their turns. I recall discussions as to what color they were. They were amber or bright gold. The intensity varied at times, thus confusing the color.

This is the only time that I can truly say how sick I feel for not having had a video camera with me.

My good friend could not tell anyone for fear of ridicule, but I did and I did not let up because the spectacle was just so awesome.

I estimated the altitude at 800' based on a 50 story building at say 12' per floor. I estimate the span of the v shape from one side to the other at 1000' or more, hard to say because they were so huge.

The Chinese were not phased at all and in fact were not interested. I feel they were superstitious about something regarding these lights.

The greatest paradox was that it happened at between 8:00 p.m. or 9:00 p.m. for a good few hours right over central Hong Kong and nobody called in to the press. Having thought about it and knowing the chinese culture there are the following to consider:

A) Asians do not wish to volunteer themselves with any information to the public for fear of ridicule of for fear of raising their profile. They fear ridicule. After all, how do you explain a huge v shape over Hong Kong? They would think that someone else would report it.

B) When in Hong Kong on the Hong Kong Island side, you would not tilt your neck looking up to the sky. You just never do, you are in a canyon of buildings.

The view was best from the Kowloon side and any tall building would have had a perfect view.

To this day, nobody has ever mentioned having seen this spectacle. It was also around the period when the Beijing and Shanghai UFO sightings took place because they were shown on TV. In China this subject is regarded, as astrology, science, and they just do not have the same stigma attached to celestial events as the west.

All I can say is that I am so pleased that I saw this with my good shy friend Anthony, and even more pleased that he videoed what I saw and had to live with, that is because ex pats still giggle when I pass comments on the event.

Our poor Rabbi had explained to me that it was probably a reflection caused by pollution. Since then I have thought that religion is a pollution of true reflection.