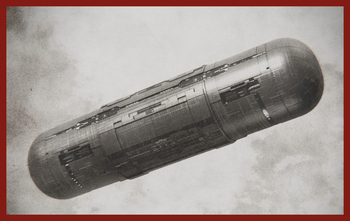 I saw this object many years ago. I reported it on the NUFORC site with a date of March 1980 and the location as Oxford, CT.

Later, when I thought more carefully about it, I realized I was in Middlebury, CT. and the year was more likely 1978. I am not sure of the exact date, early March is a guess.

I was driving home from work. I worked 2nd shift at that time in New Milford, CT. It was around Midnight, or maybe a little after. I was driving eastbound on Interstate 84 to Waterbury, CT. where I lived. I had just passed through Southbury, just past a State Highway Patrol Barracks. I came to a large hill I believe is called Bucks Hill. There is an overpass at the peak of this hill and a tall communications tower. It is still there to this day. I was coming down this hill which has a long straightaway for maybe 1½ miles or more.

There is an exit for Oxford, CT., this is why I gave that as the location for my earlier report. But technically I would be in Middlebury, CT. Anyway, as I was coming down this hill, I glanced over to my left, across the 4 lane highway. I saw this long cigar shaped object just above the treetops, not more than 150' away.

Probably even closer than that. It was right beside me flying parallel to me, but slightly faster.

It was a very cold, clear night with a full moon. The sky was very bright. I could see this object clearly. It was dark against the sky. I can’t say it’s color for sure, but I would guess a dark grey. It was about 100' long, and 15' high. It had rounded ends on the front and back. It looked just like a cigar or a hot dog. It had no undercarriage as a balloon or blimp does. It also had no vertical or horizontal fins or stabilizers of any kind.

It had no means of propulsion that I could determine. I rolled down my driver’s window to see if I could hear it, but all I could hear was wind passing my car. I kept my window down so I could take a good look at it.

As in so many UFO stories, I seemed to be the only car on the highway, and this is one of the busiest highways in my state.

But I was able to take a good long look at it. On it’s underside, it had 3 equally spaced, large portholes. They looked exactly like the portholes on a ship. I knew they were windows. I could see inside of this object.

This object was probably only 20' above the trees, so I estimate it’s altitude at about 75' high. This thing was very close to me. It was pretty scary. You get the feeling or impression that it is also looking at you. This object was just gliding above the trees going slightly faster than me.

I estimate it was travelling about 80 to 90 mph. It was gaining on me. As it got ahead of me I saw that it also had a large round porthole on it’s rear end. I could see inside this window as well.

The craft began to gain on me and came to the bottom of the long hill. Here, the highway makes a pretty sharp 90° left turn toward the North. The object turned and followed the highway. It was a very strange turn. It is odd to see a long cylindrical object that looks rigid do a smooth turn, but it did. That might have been the most amazing thing about it.

It was now travelling North. Then, I came to the bottom of the hill and the turn. I could still see the object, but now mostly it’s rear end. I was much lower now and the view not as good. I was approaching the outskirts of Waterbury and lost the object in the lights coming up from the city. My total viewing time was about 2 or 3 minutes.

I was in a little state of shock after seeing this object. I thought about calling the Police, but what good would that do? The object was gone. Then again, I thought they might look for it as it was following I-84. I never called.

I have often wondered if others saw it. It would have passed right over Waterbury if it continued to follow the highway. I never read or heard any reports though.

This is not the only object I have ever seen. I have seen 4 or 5 over the years. But this was the very closest. There was no mistaking what I saw, I made a drawing in Paint on my computer of this object some time ago. I drew some other objects I saw as well. I am not an artist.

This object was very simple to draw. The colors are not accurate, but it will give you an idea of what it looked like.

At the time of this sighting I was about 24 years old and worked as a silk screener for a company that made printed circuit boards. Now. I am 50 years old and work as a Quality Assurance Technician. I am a very average, down to earth person.

I have some College but no degree.