Awoken By A Glowing Green Figure 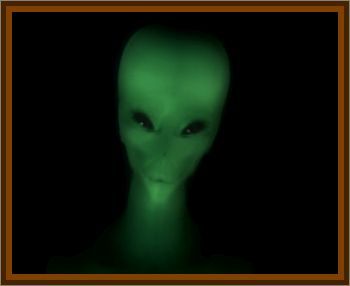 Mr. Rodney James, a 33 year old painter, was Awoken By A Glowing Green Figure inside his bedroom, who communicated the following conversation, telepathically:

When Homo Sapiens were just developing, they explored this planet and some of their kind mated with the Earth people to form a very adaptable race. They knew this would take many Earth years, but the result would be a race of people who would colonize planets. They know that they are close to this because they have taken samples to these planets and they have survived for a few years. When there becomes too many people, they send one of their own to start conflict or disease to reduce the numbers, so the planet can support them. Their main problem, at the moment, is that the Earth is gradually splitting into two along the rift.

Crescent shaped craft are being used to fire missiles from each point into the ground, which turns into a liquid which solidifies, they hope this will prevent the split.

At this point the shimmering green white light figure likened to a 3D projection, some 7' in height, with a lack of facial features, feet and hands, ending in stumps, faded, like a TV picture from the outside into the center, and disappeared from view.