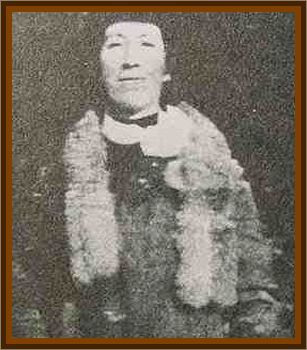 The revival owed its inspiration to the charismatic Mary Jones, a 38 year old farmwife and recent convert to ardent Christian faith, who had quickly become a preacher of exceptional power and persuasiveness. Those who accompanied her in her travels through the Welsh countryside noted that mysterious lights seemed to accompany her. This aspect of her ministry was widely remarked on in press accounts, not surprisingly, because journalists saw the lights, too. Residents furthermore reported encounters with a number of Dread Apparitions associated with Jones’ revival. Though in some ways very different from modern UFO or Men in Black reports, this account is intriguing because it is perhaps the earliest account of spooky, blackclad figures explicitly associated with inexplicable lights reported in the skies.

One of these dread apparitions has some similarities to later Men in Black accounts: In the neighborhood dwells an exceptionally intelligent young woman of the peasant class, whose bedroom has been visited three nights in succession at midnight by a man dressed in black, This figure has related a message to the girl, which, however, she is forbidden to relate.

A similar apparition was seen from different standpoints, but simultaneously, by two witnesses. One of the witnesses startled and uttered an involuntary prayer. Immediately, one of Mrs. Jones Lights appeared above, a white ray darting from which pierced the figure, which thereupon vanished.

It is worth noting, however, that these Welsh accounts also feature elements not typically featured in modern UFO or Men in Black accounts. For example, one of the dread apparitions was said to transform into an enormous black dog.

A month later in April 1905 in the city of Perm, Russia, an intriguing report, which did not actually take place inside a home, but inside of all places, a church.

One afternoon, in a dark corridor of the Orthodox Cathedral of Perm, 10 year old Anatol J. Schneiderov saw, about 10 paces away, emitting no heat, a red aureole within which was jumping a black humanoid 3' to 4' tall. It had two very large owl like eyes reflecting red light, a short beak like nose, and a large mouth running from ear to pointed ear, out of which its dog like tongue protruded. It looked at me, it jumped and teased me. Said the young Anatol. Thinking it was a trick of some kind by another boy the witness rushed at it, but the aureole and being floated away from him, disappearing when it reached the head of the stairs. Only then did the boy feel fear.