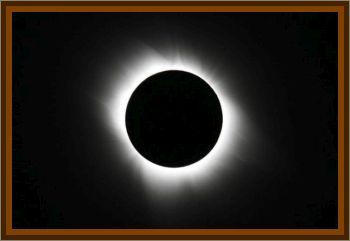 On July 11, 1991, the citizens of Mexico City looked to the sky to see a solar eclipse, but instead many people saw a UFO. Guillermo Arragin, a reporter, and James Maussan, a journalist were videotaping the eclipse when they saw the metallic object. When James showed the Arragin footage on a TV show a week later, thousands of people called to say that they had seen a similar object that same day, and several also sent in videotapes of the UFO. Erick Aguilar also claimed to have seen the object while setting up his video camera to film the eclipse. About 60 miles away at the same time, a businessman named Luis Lara videotaped an object almost identical to the one that Erick taped. The Breton family also filmed a similar object 80 miles away. In this video, there was an odd, wave like disturbance behind the pulsating disk, possibly an energy trail.

Despite being 100 miles apart, the objects in the videos were very similar. Then, two months later, another sighting of UFOs in Mexico occured during a military air show. A year after that, there were similar UFO sightings at the same air show. There have been thousands of sightings of UFOs in Mexico since July of 1991, by teachers, doctors, bus drivers, and even school children.

To this day, nobody can explain the rash of UFO sightings in Mexico.

The UFO was described as an unusual metallic object or disk, with three blinking lights. One eyewitness said there was an energy trail behind the UFO.

Mexico City is the most populated city and the capital of Mexico.

The solar eclipse on July 11, 1991, occured from the Pacific Ocean to Brazil, passing over Hawaii, Mexico, Central America, and South America.