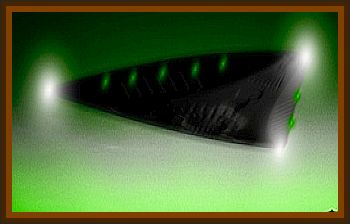 I do not know why I am motivated to report this after many years. Some years back. I am positive it was 2003, I saw a triangle UFO flying low when I got off work at around 9:00 p.m..

I followed it and funny thing is it moved right over my apartment.

I lived in a 3 story building and it was maybe 10' or so higher. It was moving slow, had lights going down each side on the underside to where the lights formed a V pattern. It was low enough that I can see the light of the lights reflecting off the metal of the craft.

Funny thing about the whole experience is that it made no detectable sound despite it being so low in the sky. I got out of my car as I watched it slowly move behind my building and out of sight.

It was flying way too low to be an aircraft. I was able to see the direct metal of the ship it was that low. I was not scared. I had quite a few sightings in my lifetime, my mother actually claims to be an abductee, but this story sticks out the most. .