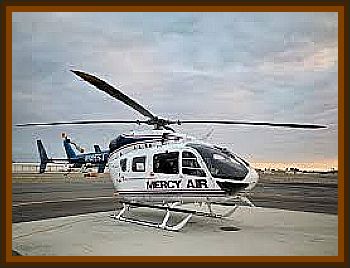 While flying the Mercy Air 21 helicopter, the pilot detailed how the unidentified object was hovering some distance away from his position.

The object was only visible through his night vision goggles. During the radio exchange between the pilot and an air traffic controller, the pilot shared the bizarre sighting while flying over Las Vegas.

Just to advise, it looks like I have some sort of object over the southern hills area looks to be about 7,000' could be a balloon or something along those lines. It’s unlit so just advise.

Okay, I’m not seeing anything in that area, but that’s not to say there’s something not out there.