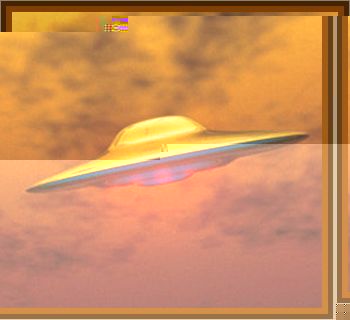 I am police chief Miguel Costa, in charge of the force at Melo, Uruguay.

On March 24, 1981, I was driving with two friends, Armando and Maria Peça, along a gravel road near Tacuarembo, when a huge oval disk loomed out of the early morning darkness. It was enormous and gleaming, with yellow and orange lights.

I stopped the car, and purely on impulse, flashed the headlights.

All of a sudden the UFO appeared to hesitate and zig zag up and back as if answering our call.

When I started up again, it was following us. I again stopped the car and flashed my lights. Again the UFO appeared to waver in reply. We drove on once more along the twisting road, and the UFO stayed with us, always about a half mile away. This went on for almost 50 miles.

That's when the strangest thing of all occurred.

We were all glued to the windows watching as the disk suddenly shot towards the ground as if it was going to crash. It stopped 150' to 300' from the earth, and we could clearly see its round, dome like shape with a large flat plate underneath. There was a slight ring of cloud around the dome. The top was reddish but the bottom was a brilliant glowing white.

Inexplicably, this new position of the UFO made us all uneasy, so we turned around and headed back to Tacuarembo, the nearest town. The blazing lights of the UFO remained at a constant distance behind us. I pulled in under some trees hoping to evade it. We then observed a second disk travelling some distance behind the first.

They never touched but they seemed to be travelling together. They seemed to manoeuvre up and down until clouds started to form. They then passed over the top of the clouds and lit them up like a halo. Then they faded, getting smaller and smaller until they disappeared at dawn.

They had been with us for 90 minutes. We were all speechless, as we could not believe what we had witnessed.

I myself have never believed in UFOs but I do know that this incident revealed something rare and inexplicable.