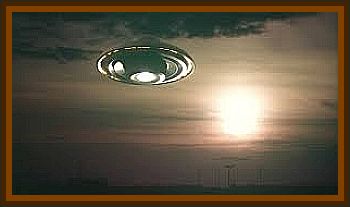 My older brother believes he was about 5 at the time of this occupant sighting, so I have chosen the date of his 5th birthday as the event date.

What has always fascinated me about his story is that he made my parents and grandparents aware of the sighting at the time, and it has been mentioned intermittently, albeit with embarassment/disbelief by the adults, ever since.

In other words, he reported what he saw to them at the time, and in detail, so this is not some false memory of childhood recalled/invented many years later. Recently I broached the subject with him to get a definitive account of what I believe is a genuine UFO occupant encounter.

At the age of 5, my brother was playing near the gate of our dairy farm, which is located approximately 60 miles south east of Melbourne, Victoria, Australia. He remembers my father and grandfather were still milking the cows, and it was approaching dusk. To the west he saw what he described as a big bright star in the sky between our property and a particular neighbor's property, knowing the distance across the paddocks between our farmhouse and theirs, a midway point would be approximately 600' away.

He watched the star abruptly shoot to various positions in the western sky several times and become stationary again. After a while it began to fly closer towards and to the northwest and he could see that it wasn't a star but a spaceship.

It's interesting that the words he gave me to describe it recently, at the age of 34, were childhood words, which reinforced my impression that he was definitely recollecting something he saw at that age. Descriptive words for the craft he gave me were metal machine, shiny, and spaceship.

He vividly recalls that the spaceship hovered at what we now estimate to be about 150' away, based on his recollection of its position in r elation to landmarks below and a hatch, like a gangplank opened up and a man in a silver suit with a jetpack flew out.

He voraciously described this figure as a man with a jetpack, and a spaceman. The spaceman performed a number of manouevers in the sky, occassionally coming very close and then flying off at a distance, before approaching and landing on the dirt road near our gate, approximately 30' from my brother.

He told me he became terrified at this point and tried to turn and run, but was frozen to the spot.

You can't run, even if you want to, you can't run, was all he would tell me about the incident from that point on, apart from being adamant that our grandmother, standing at the door to her farmhouse, about 30' behind him saw it too. She saw it. She just wouldn't talk about it.

What intrigues me to this day is that as long as I can remember the story has remained consistent amongst our family, including this detail about my grandmother, who according to my father may have originally confirmed my brothers story but subsequently dismissed it from her mind and denied it.