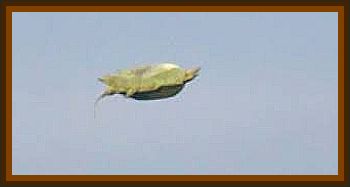 At Medford Municipal Airport, 6 observers, some military, some civilian Chief Technology Officers saw a number of objects, varying from 1 to 7, traveling slow to very fast.

The objects were estimated at 30,000' and were shiny, and would fly formation for a while and then break off and reform in trail formation.

They would disappear for short periods and then reappear in the same general area. Persons from the control tower used binoculars to get a better look at the objects and were able to distinguish wings on the objects but no further identification could be made.

Air Force Conclusion: Not a weather balloon this time, but balls of thistle.