UFO with Occupants Hover Over Farm 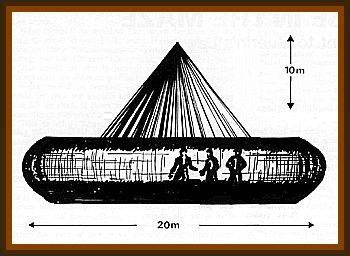 The month of June produced yet another creature’s case.

It was published in the Madrid evening paper Pueblo of June 22. Sr. Guerard adds that Sr. Amilibia specializes in reporting on UFO sightings for Pueblo, and seems honest and sincere.

He also wrote to the witness, but did not expect a reply, since he is a simple peasant and may not be able to write. This was the newspaper report:

Santiago Pulido Romero, 46, married, the father of 6 children, born in and a resident of Medellin, Badajoz, a sunburned and weather beaten outdoors man, is the witness in a fantastic story, which he willingly tells to both skeptics and believers alike.

Santiago isn’t bothered by public derision, and if you tell him he’s crazy, he doesn’t mind. He really doesn’t care, because he himself would have laughed just a few days ago if someone else had told him the same story that he now tells.

He told me his story on the spot where it took place. In front of us, we can see the Castle of Medellin, on top of a meseta, an important landmark in our history, where Calderon de la Barca wrote his famous work: Life is but a Dream.

We are now in a clay colored field, to our right is a clump of trees.

The affair took place at 5:30 a.m., and according to Santiago, this simple man who is completely balanced, and would seem incapable of such invention, says:

That morning, it was still dark, I was going to my father’s farm, and on passing that clump of trees, I was hit in the eyes by a strong light. I saw a funny looking contraption flying at a low level, some 300' above the ground, I suppose. It was travelling at an unbelievable speed, as fast as my sight could follow it.

It was on one side of the castle, and as it seemed to be coming towards me. I became so frightened that I thought that I’d jump out of my skin. Then I switched off my car lights and continued on in second gear, going very slow. I was shaking all over. Listen. You just can’t imagine what a tremendous impression a thing like that makes on a man. I’d just like to see another man in my shoes at a time like that to see how he’d act. The thing is that this apparatus followed me for about 200' on my right, and when I got to that hill over there, I switched the lights of my car back on, and the apparatus came towards me again at very high speed but only to fade off when I turned out the lights. I got to the farm and noticed that it stayed near the door, about 300' off the ground, moving upwards and downwards at times. My first thought was to lock myself up in the house, and I did just this.

Then, after having recovered a bit, I came out with a pitchfork in hand, just in case…you can imagine how frightened I was, so much so, in fact, that I was thinking of taking to the mountains where I know a few good spots to hide out.

He still shows the remains of that panic on his countenance. Santiago speaks perfectly clearly, telling us what he saw, step by step. At times, he shakes with emotion as the chill of fear reminds him of the experience…

When I came out of the house, it was standing still over the farm. The light it gave off was so intense that it looked like daytime. It was precisely then that I got the idea of focusing my headlights on it in order to see what was going on. Then the thing headed for me like a bat out of hell. I turned out the lights again and it stayed quiet for a moment and then began to move up and down.

How did the apparatus move I asked him.

At very high speed and spinning in the same spot, although at times, it zigzagged or remained still, or swayed like a pendulum of a clock. For a moment it would look like a star, and then, in the next moment, it was right there beside me. At times it seemed to me to move like a whirlwind, you know what I mean? Like an incredible maelstrom. Well, it’s just that I haven’t the ability to explain it, words fail me.

What shape was it?

Round on the bottom and with a sort of cone shaped tower on top. The round part was transparent and a great yellow light came from inside it. The tower shone and looked like a metal structure.

You say it was transparent. Did you see anything inside when it drew near to you?

Yes. I could see the men clearly. Three very tall men, more than 6' tall, who seemed to be holding on to some sort of control levers, and they were wearing some sort of helmets on their heads. They were standing up. Listen, man, this was really something to see.

How big do you think the thing was?

Did it make any special kind of sound?

No. It moved in complete silence.

How long did you observe it from the farm?

Well, I’d say until the sun began to go down, around sevenish. It was then that it headed off towards Villaneuva at a tremendous speed. When my children arrived at the farm, I was still pallid, as white as a ghost. If I live to be a thousand, I’ll never forget that experience.

Never, never, never. I swear that it was a terrible thing. You and all the rest can believe me or not, it’s all the same to me. I know it is true and that’s all that matters. I was always very skeptical about such things, I used to think that they were the inventions of idlers and dreamers, just a lot of nonsense. But now 1 know that there’s something to it.

What do you think it is?

What I saw, that apparatus thing, is not from this world because there cannot be anything even similar. Well, at least, this is what I believe, because I never saw the likes of such.

What was the closest you came to it?

About 150'. It was awful, simply frightening. And so silent and so brilliant. Now I’ve stopped going out of the house in the early hours of the morning. Now I wait for the sun to come out before going to the farm.

This is the testimony of Santiago Pulido. But then there were others from Medellin who also saw it.

For example, there was a young boy, going to Medellin from La Oliva, who saw it from the road, as well as two residents of San Benito. They also say that 2 traffic policemen from Medellin told their families that they had seen it too. At any rate, it is a testimony worth investigating. One more story to add to all of the others