Earth Was Alien Prison Before 30,000 BCE 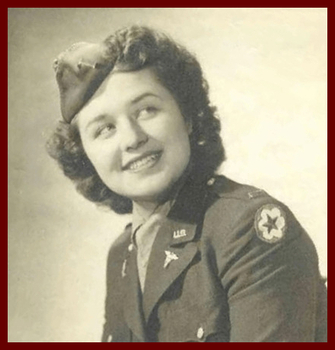 The Roswell incident has always been a core of all aliens and UFOs mysteries we have seen in the last several decades.

Officially, it was never claimed that the alien craft crashed in New Mexico in 1947, but many people of that time stated to had seen alien craft that day. There are dozens of stories that tell us that aliens were rescued after the crash and possibly survived.

It is evident that the government will always deny it.

However, some individuals and officials believe the aliens rescue story and said the UFO crash was real.

According to the excerpts from the notes and documents of Matilda O’Donnell McElroy, Senior Master Sergeant Women’s Army Air Force Medical Corp, she interviewed an alien named Airl, who told her where they had come from and why they came to the Earth.

Matilda was only 23 years old when she interviewed the alien through telepathy. She was the only person at the base who had the ability to talk with beings through the mind.

In her interview with Airl, she found out that the alien was not a biological being, had a female like appearance, and also had not been injured during the crash.

She noted that Airl was the size of a small child and was the only survivor among the 3 crew members of the ship that had crashed in New Mexico.

Her body was made of synthetic material, which means she was an alien robot controlled by the higher order being.