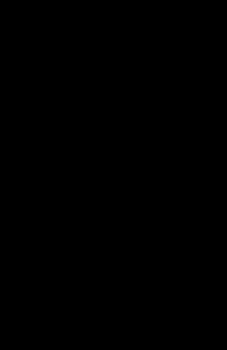 Looking from her kitchen window facing the mountains, Mrs. McCreedy noticed a reddish orange glow travelling slowly across the sky from the northeast. With her husband and two friends, she watched the object through binoculars.

It was far too bright to be the light of any aircraft that I've ever seen, she said. Also it was much larger than a satellite.

While unsure they were looking at anything beyond reasonable explanation, none of the others could identify it with any aircraft or natural phenomenon they had seen before. Eventually the thing disappeared behind a round topped mountain to the southwest.

This particular mountain became significant in view of the experience of Mrs. Peter Radford, wife of a diesel technician for CNT. Mrs. Radford told us that as she was returning home from a curling game one clear, cold night of about the same date, her attention was attracted by a reddish orange glow above that same round topped mountain.

I saw it for a second or two before all at once it seemed to burst, she said. Flashes went off in all directions and the thing was gone.

This remarkable sighting became all the more mystifying a few nights later when, in almost identical conditions, Mrs. Radford saw another similar glow, again over the same smoothly cut mountain.

This one darted about and made me think it was looking for something, she said. It moved so fast it seemed to be in different places almost in the same second, but it never went far from the mountain. Then suddenly it was gone.

Was one UFO searching for another or its wreckage?

The mystery of the mountain top so intrigued the residents of Swift River that later a party on snowmobiles was organized to climb up there and investigate. However, heavy snow had fallen and nothing unusual was found. As far as we could determine, no further search was made.

Like many others in northwest Canada who are impressed by the number of sightings made in their part of the country Mrs. John McCreedy at Swift River, Mile 733 on the Alaska Highway, often scans the sky at night in hope of seeing the unusual.

She has been rewarded several times, at least half a dozen" as she recalls, but none since 1966. By spotting objects which do not match the description of any aircraft known to her. That covers a wide field, for Mrs. McCreedy, wife of the public works foreman at Swift River in charge of highway maintenance, was a member of the Ground Observation Corps until it was discontinued. In that capacity she reported and described any aircraft that was off the designated flying routes.

With one exception the objects had the size and appearance of satellites which we often see overhead up here, Mrs. McCreedy said. But they acted so differently I am positive they were not satellites. They moved far more quickly, or slowly.

There was one in particular that I remember. It was first noticed by my daughter, Marina, while she was playing outside with other children. She ran in to tell me about it and, going outside, I saw this star like thing dashing across the sky. Suddenly it stopped dead, then resumed its terrific speed and in the next instant came flying back in exactly the opposite direction. Several of us watched it until it disappeared over the mountains.

Her husband missed this unusual performance but recalled the night was black and dirty, unfit for flying.

Marina, 13, had two additional significant sightings of her own to report. On one occasion, playing outside in the evening, she and other children noticed a strange star in the middle of the Big Dipper. As they watched, it started to move. Marina went in to call her mother but by the time Mrs. McCreedy came out the object had disappeared. As the children continued playing, they saw the object move slowly in sight again toward the Big Dipper where it resumed its exact previous position. Then abruptly it disappeared.

On the second occasion, again at evening with other children, Marina saw an object resembling a satellite travelling overhead.

It moved right in the direction of the microwave tower on the hill over there, she said, and when it got there it seemed to slow down a bit and suddenly it sort of shot off flashes or sparks. Then it went on again.

That microwave tower is one of the relay points in the vast northern system maintained by Canadian National Telecommunications. As mentioned before this system is the communications link between the northwest, including Alaska, and the rest of the continent, and it is a vital part of the North American defence complex.

Of special note in Mrs. McCreedy's sightings is that all the objects, again with the exception of the one that exploded, appeared from the southwest and moved toward the northeast. Also in each case they flew an almost identical course above a ridge of the Cassiar mountains bordering the highway at Swift River. Such a course cuts almost at right angles across the commercial flying route between Whitehorse and Vancouver which, in any case, is well beyond the view of Swift River.

With so many well reported and strange sightings, Swift River on the Alaska highway stands, like Kluane Lake far to the northwest, as a key northern point in the UFO phenomenon. What is there about that ridge of the Cassiar range that so invites their attention?