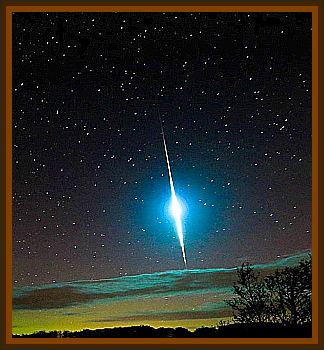 Sitting on the balcony, facing west. I thought I saw a pinprick of white light at the edge of my vision.

The sky was light enough to have seen an airplane or helicopter, and I neither saw nor heard anything.

Sighting lasted about one minute.