UFO Spotted By The Navy Over The Atlantic 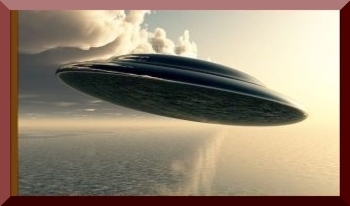 Location: Somewhere on the Atlantic Ocean

I was on duty as the Master At Arms that night we were on the Atlantic ocean coming home to Mayport. The ship was stationed out of Mayport, FL.

It was a disk flying saucer.

Then I asked him for the sound power phones we use for the lookouts on watch. I asked to speak to the Officer of the Day, and I told him what I am looking at and he said wait.

Next thing I knew the Executive Officer showed up back there where I was, and the after lookout was standing. I showed the Executive Officer where to look and he saw the same thing both of us saw. He asked for the sound power phones and told the Officer of the Day to get the Commanding Officer, and he came back there to see what us 3 were talking about. He did see it for himself and he got in touch with Combat Information Center to see if they have anything on the radar and Combat Information Center said no, they did't, and asked them why they didn't and he went to Combat Information Center to check it out for himself and he came back to us and said that there was nothing on the radar.

So I knew that it was a UFO for real. Yes, I do believe in UFO's.

To whom it may concern I still remenber that night, I was 25 years old at that time now I am 64 years old. I was at that time a gunnersmate third class,Master At Arms.