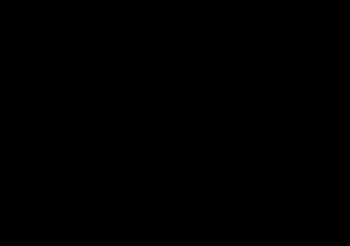 A 14 year old Tucson, Arizona, boy who observed a maverick as far as UFO prototypes are concerned, at 5:40 p.m. Richard, here afer known as John B. Doe, had ridden his bicycle part way home with a friend, and was returning alone, following the track of a mini bike. He decided to ride along the floor of a wash, a wash is a deep ditch like affair in the desert floor which carries run off water in the rainy season, and was nearly home when he had to ride up the side of the wash to avoid a tree which was growing across the wash in his path. There had been some rain and the floor of the wash was hard packed. As John detoured, he spotted a cylindrical object sitting on two legs about 44' away from him. He rode a little further until he was about 35' from the object, whereupon it left the ground, ascended straight up with a discernible side to side motion, and disappeared from sight within 12 seconds.

Later questioning indicated that the object was approximately 8' tall, 2½' wide, and it was shaped much like a water heater, except that the top was rounded. It appeared to be metallic, reflecting sunlight, but not reflecting the images of trees, brush, etc., in the vicinity. The object was supported by two legs which angled out from the bottom, ending in two feet in the shape of round pads. A curved bar ran between the legs just above the feet, indicating that it was a strengthening or bracing member.

John proceeded immediately to his home and told his mother what he had seen, and the two of them went back to the wash where she took several color photos of the impressions left by the object and of the general area. The imprints indicated that the legs and pads made a twisting motion as they left the ground. The tracks measured 13" across and the area of the impressions from edge to edge measured about 42".

In checking John's claim, the area was observed and the terrain clearly showed John's bicycle tracks and his footprints indicating, as he stated, that after the object left, he approached to within about 2' of the place where the object had rested. It would not have been possible for the boy to have made the impressions without aid, and there were no other tracks indicating the presence of others.

Probably one of the most interesting aspects of this case is the fact that the magnetometer at the Tucson Magnetic and Seismological Observatory, which is located within a few miles of the sighting location, registered a perturbation, and inasmuch as UFO movements in other cases have produced the same reaction, we can at least speculate that the UFO and the magnetometer action were linked.