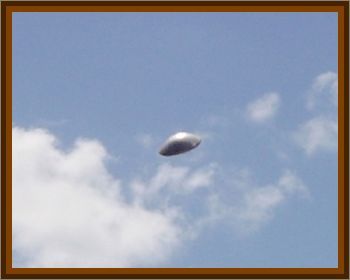 A woman observed a silver white circular object in flight from NW to SE at an estimated ½ mile or less away.

The object which was sharply outlined against a vivid blue sky at a low altitude looked like two plain hubcaps placed back to back.

The speed of the object was estimated at 200 to 300 mph. It disappeared by changing course and flying straight up.

The length of the observation was given as approximately one minute.