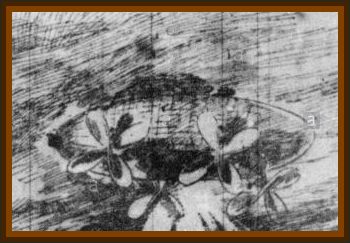 A single vessel appeared near Marseilles over the fishing village of Martigues, and again displayed the same erratic flight maneuvers that had been displayed over Nice. It stopped in midair and 2 beings got out, appearing to engage in an aerial duel of some kind.

The following week there was a heavy fall of red rain, and in the months after churches were packed with worshipers begging to be spared whatever disastrous fate that was about to befall them.

While accounts of these events are sometimes ambiguously worded, it is remarkable that so many people in 3 separate locations could have imagined such strange occurrences at a time when no flying machines existed.