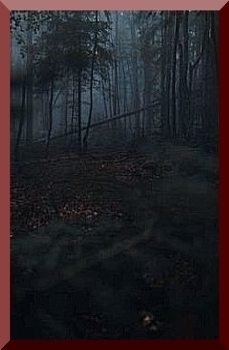 Location: Undisclosed Area In The State Of Missouri

Marley Woods is the name of a undisclosed area in the state of Missouri where strange paranormal activity and UFO sightings have supposedly been occurring for decades.

The exact location of the area in question has never been revealed and remains a secret because the investigators examining the phenomena there want to keep the location unspoiled and pristine for further study which makes perfect sense.

There have been numerous reports of small white globes seen at all of the Marley Woods sites. Video has been taken of a number of these events. A recent report involves a couple walking from the farm of a friend to their farm late in the evening.

My wife and I were walking home and when we were halfway there we saw two balls of white light, about the size of basketballs. They appeared to our right on a collision course with each other. They were moving very fast and when they came together I grabbed my wife and threw her to the ground thinking there would be shock waves and debris. The lights merged and went out, there was no sound and no debris.

At Approximately 8:45 p.m. on Saturday May 3rd, Investigators, and four residents of the Marley Woods, were able to witness a brilliant display of Amber lights. A total of 7 or 8 silent amber lights were witnessed. It began with one light appearing then suddenly blinking out after about 2 or 3 seconds. Next, another amber light appeared, approximately 500' east from the first object, it lasted a few seconds and was followed instantly by a light extremely close to the west and yet again by another light parallel to its position and within very close proximity reminiscent of the Phoenix Lights. After that, a light came on directly southwest of the other two lights position. They all lasted a few seconds and then disappeared.

Approximately 5 minutes later, two more objects appeared subsequently after each other and lasted no longer than 10 seconds each.

July, 1999: 2 Witnesses both in their mid 60's, live 2,000' west of the second farm. One evening in early July the wife saw a craft with lights passing over their house. She called to her husband and they both watched as the object slowly descended into the woods, over the 2nd farm, as if landing. They drove toward the area to see if they could find the object but all was dark. The object had descended into the area of the old buildings on 2nd farm.

The next day they arrived at the farm and as they were watching the place while the owner was gone, they had keys to the gates. It was noon, a clear, calm day. There is an old trailer house 40' southeast of the house which is also quite old and in bad shape. The entire area was grown up with high weeds. The couple stopped the car 20' from the house and walked to the trailer to check it. His wife watched from the car, she is a very large person and it is difficult for her to enter or exit the car.

As she watched, her husband walked from the trailer toward the old house. Suddenly he fell to the ground. His wife, fearing he had a heart attack, left the car and headed for the path to the house. She called to him and asked if he was ok. It took him several seconds to reply in a very weak voice. She asked him if he could get up and he said he wasn't sure. She then could see he was face down in the area between the trailer and house. As she reached him she felt a force or pressure against her upper back and shoulders and was pushed to the ground, falling next to her husband.

They managed to help each other off the ground. He said he was walking between the house and trailer when he was suddenly pushed violently straight ahead. Both reported they felt two distinct blows before falling.

He suffered a bloody right leg from the hip to the foot and developed a blood clot above his right knee and spent several days in the hospital.

This couple is highly regarded in the community. They have not reported or discussed the event with anyone except a close family friend and she reported it. The husband was an avid hunter his entire life, he not only stopped hunting but rarely leaves his house.

On September 4, 2008, a man spotted two creatures about 800' away. They were in the corner of two fields and were walking slowly together. He stated the animals would weigh at least 200#. He described these creatures as large, white, and dog like. At that distance, some may question his ability to describe them accurately. According to the eye witness, they were large enough for him to fear the safety of his cattle. He grabbed his rifle and wounded one of the white dogs. The dog turned red but didn't react like a wounded animal and no blood was found in that area. A couple of days later, his daughter saw the dogs on her property but said there was no blood or evidence it had ever been shot.

From September to December, several other people have seen the white dogs. The only physical evidence found were clumps of white hair. These hairs were sent to a microbiologist. Preliminary results have not been able to match the hair with any known laboratory animal including some variety of dogs.

Individual incidents of occurances are:

Strange balls of light, possibly ball lightning, about the size of a basketball have been seen. They appeared to our right on a collision course with each other, said the witness. They were moving very fast and when they came together I grabbed my wife and threw her to the ground thinking there would be shock waves and debris. The lights merged and went out, there was no sound and no debris.

On May 3, 2008, seven or eight silent amber lights were documented, each lasting only a few seconds.

In 1970, a caretaker of a cabin in the area found a burnt ring formation on the ground measuring about 10' in diameter. Inside the formation were three holes in a triangular orientation.

In 1988, a witness and his wife reported seeing a cigar shaped UFO with several illuminated windows that shot a brilliant beam of light toward the ground. Imprints on the ground were later discovered.

In December 1998, a family of three were watching TV when the glass on their stereo cabinet cracked in half. Hearing a loud noise outside, they went out to investigated and found that their old junked truck, with no engine, in gear, and with the emergency brake on, has been pushed, wheels digging into the dirt, 12' and into the garage door. There were no unusual markings on it.

In 1989, Children playing on a trampoline were terrified by a glowing white object that hovered in the upper branches of a nearby tree. The tree died within two weeks.

In June 1999, a rancher found a number of cattle dead under mysterious circumstances. A newborn calf was picked clean of its flesh. Baked rings about 20' in diameter were found in the area, which horses were reluctant to approach.

In July 1999, a cow, with great difficulty, gave birth to a mummified calf. Strange, swirled patches of grass were found nearby.