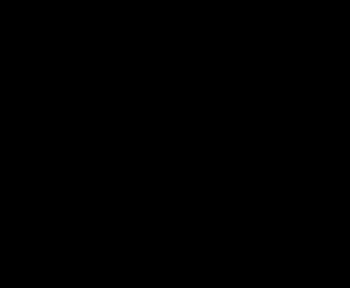 One of the earliest detailed nautical encounters involving Soviet vessels occurred in 1936. Thanks to the discreet note taking of engineer, Lev Popov, Felix Zigel & Anton Anfalov, from which Popov would quote in relaying his information.

A Russian transport steam vessel, the Maria, had set off from Leningrad to cross the Pacific Ocean. The journey was uneventful and went according to plan. That was until one morning when the captain noticed a strange craft ahead of them. One that had emerged from the waters itself.

The Captain would attempt to communicate with the mystery craft via radio signal. However, all efforts would go without reward. The crew monitored the vessel for some time. No signs of any activity could be seen so a small boat with five sailors set out from the Maria to investigate. As the rest of the crew watched from the deck of the Maria, the five sailors rowed the boat towards their target. However, before it could arrive, the strange craft began to move away. And it did so at tremendous speed eventually vanishing into a nearby cloud.

The crew would spend several hours trying to locate it and the missing sailors but to no avail. The ship would continue on its predetermined route.

They would complete their journey in good time. However, when they approached the same location on their return journey, another bizarre encounter occurred.

The Captain had ordered that the Maria would retrace the journey on the way back, including their slight detour. It was his hope that they might encounter the strange craft again, as well as his missing sailors. And he wasn’t to be disappointed.

Almost in the same location as the previous sighting, although the object was this time much closer, was a strange boat. In fact, it was of a kind that none of the crew or the Captain of the Maria had ever seen. It appeared to be made from a transparent material. Inside the strange craft were three of the five missing crew from the investigation mission. Even more bizarre, when the Maria approached so as to gather in their three recovered crew, one of the sailors began to scream hysterically. He then jumped from the craft and into the waters. His body wouldn’t surface again. The remaining two sailors came on board the Maria. After coming to their senses, they relayed their account.

As they had neared the strange craft in their rowing boat they were suddenly on board. Inside were strange entities in dark shiny suits. The two would liken their appearance to frogmen, sea divers, although still humanoid. These strange creatures spoke to the crew, although they did so directly into their minds. Of course, we know that telepathic communication is a regular detail that surfaces in a large number of extraterrestrial encounters.

According to the two remaining sailors, these strange creatures would inform there was no way back and that they should stay with them. Two of the men agreed straight away. They were then led away.

The two sailors had no idea where they went or what happened to them. They, and the sailor who jumped to his watery death shortly before would go to an isolated room. They would estimate they were inside this room for two days.

The next thing they knew, the three of them were inside the transparent boat floating on the waters of the Pacific Ocean. Furthermore, inside the craft with them was a supply of strange tablets in transparent packets. These, the sailors recalled, were food. The creatures had also offered the men these at some point on board the craft. According to them, one tablet would be enough to stave off hunger for a day. While each of the sailors on board had taken one of the tablets, the man who would eventually jump from the boat had refused. While the two nourished sailors managed to sleep and rest, the other sailor’s mind began to deteriorate. So much so, he eventually threw all of the tablets overboard.

This last action happened the previous day before the Maria eventually made her way to the stranded men. Even stranger, shortly after the men were back on board the Maria, strange waves began to circulate around the transparent boat. These waves would surround the craft, eventually pulling it down under the water.

Perhaps the most intriguing aspect of this case, and indeed a detail that sums up the stance towards such strange activity in the Soviet Union, was the treatment of the two survivors and the Captain himself upon returning to Leningrad. As was standard practice for any incidents, the captain of the Maria would forward a report to the Ministry. Quickly following both he and the two sailors were to immediately appear before their superiors. Once there, the questions were more akin to an interrogation.

One of the men, the investigation said, was psychotic. Upon learning this, perhaps in defense of his colleague or perhaps fearing the same label would be placed on him, the other sailor would refuse to cooperate any further with the investigation.

As for the captain of the Maria, he would maintain that every word was accurate and truthful. He would point to the vessel’s log and his journal as to the accuracy of the record keeping and documenting of the incident. Eventually, with his superiors and high ranking officials equally steadfast in their stance, the captain would relent. Even more, he would state that the incident never happened. Shortly after, and extremely quietly, was his transfer to another, much lower key vessel.

Just what happened in the Pacific in 1936, and indeed in other waters in and around the Soviet Union during its reign is open to debate. The one consistency among them is the deep, dark desire for absolute secrecy by the state.