Kathleen Marden (On The Hill Abduction) 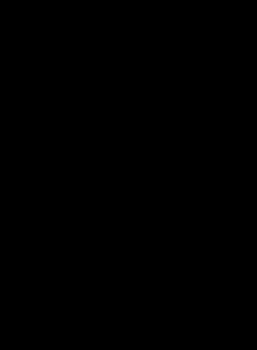 2015 has been a time of reflection upon my past 25 years as a UFO and abduction researcher. Little did I know when I decided to investigate my aunt and uncle, Betty and Barney Hill’s close encounter and subsequent abduction, by non-humans aboard a disk shaped craft, that I would discover an abundance of information that had never been made public. A natural debater, Betty reveled in the opportunity to set me straight when I played devil’s advocate, which I most often did during hours of interviews. I witnessed her fiery denigration of self-identified abductees and credulous abduction investigators alike, and her defense of her own case based upon the weight of the physical and circumstantial evidence. I read everything I could put my hands on, both pro and con and interviewed the surviving investigators involved in her case, both military and civilian. It took me through many twists and turns, through the ambivalence of skepticism and reluctant belief in certain aspects of the case that I had been skeptical about. Along the way I encountered an abundance of inaccurate and misleading information written by ufologists and debunkers alike. But I also found solid, accurate scientific research. I personally researched the Hill’s personal, medical and employment histories and assessed their social and psychological makeup. To complete my research, I studied Betty’s massive collection of correspondence spanning forty years, to and from individuals who investigated the Hill UFO encounter. It was an eye opener. My findings were eventually published. Even today, 25 years later, I continue to search for new information.

Debunkers have tirelessly attempted to fracture the Hills’ story, and when the facts were not enough, they resorted to the omission of significant information and the addition of misinformation. Once stated, this misinformation has been repeated over and over again, leading to a modern myth full of false information. For example, I recently acquired evidence that a New Hampshire newspaper reporter was in effect spying upon Betty and reporting her activities to anti-UFO propagandist Philip J. Klass.

Klass and the reporter had a number of cordial exchanges until one piece of information, given by the reporter, was misrepresented by Klass on WBZ’s Larry Glick Show. The false story told by Klass was that Betty had drawn the reporter and his companion's attention to a "bonafide" UFO moving toward them on the railroad tracks. They soon realized, however, that it was the light on a locomotive when it thundered past them. As the story goes, Betty was the only one who believed it was of alien origin. Not so! Betty was furious with the reporter, and Klass, because, as it turned out, she wasn’t even there. She was in her car tinkering with a malfunctioning movie camera. Talk about flat out lies! Did Klass ever bother to correct his error? No! He claimed that he apologized to Betty, but the damage had already been done. This type of malicious story conjuring has been carried out repeatedly by individuals with a debunking agenda, not only against the Hills, but also against other credible UFO and abduction cases.

The Internet is teeming with lies about Betty and Barney Hill. One debunker slanders Betty by stating that she was a loon and a lifelong believer in UFOs. We are told that anyone who reads book after book on the topic of alien abduction will come to believe that they have been abducted. The fact is that Betty and Barney had never read a book on the topic prior to their encounter in 1961. Betty was a social worker for the state of NH. They don't hire lunatics.

Another load of baloney tells us that Betty forced a kicking and screaming Barney into the acceptance of her delusion that they'd been abducted. Not so. As a rational man and skeptic Barney attempted to find a prosaic explanation for his experience. But the facts were the facts and the evidence pointed to a real experience. Barney was a courageous man, not the emotional weakling that debunkers have invented for the purpose of discrediting him. What emotional weakling would be appointed by the governor of his state to serve on the U.S. Civil Rights Commissions' State Advisory Committee? What emotional weakling would be elected legal redress of his chapter of the NAACP?

One skeptic tells us that the Hills mistook the light on a signal tower atop Cannon Mountain for a UFO. Not so! They observed the craft miles north of the signal tower before it was visible. Betty and Barney watched the revolving UFO as it hovered next to the Old Man of the Mountain. It was 1½ to 2 times the length of the 48' profile. Barney had conscious recall of observing the craft and entities as he stood in a field 8 miles south of the signal tower. It was looming an estimated 100' overhead. The debunker would have us believe that Barney had no conscious recall for this event. This is another load of baloney. The documented evidence proves that he observed a craft as large as a dinner plate at arm's length that had the appearance of a giant pancake and humanoid figures through the windows.

Then we have the dream hypothesis. I was intrigued by the speculation that perhaps Betty had repeated the details in a series of 5 dreams she experienced not long after her close encounter and missing time event. If Barney had absorbed the details in Betty's dreams, perhaps he confabulated his story in a hypnotic trance. It wouldn't explain the missing time or the physical evidence, but perhaps something else had occurred during their lost 2 hours and 35 miles. I found a method of testing this hypothesis, a comparative analysis of the Hill's individual statements to Dr. Simon. They were hypnotised separately and amnesia was reinstated at the end of each session. They couldn't have contaminated one another's hypnotically retrieved memories. But in the end the dream hypothesis didn't hold water. Betty and Barney spoke of details that were not part of Betty's dreams. Some of their information even contradicted Betty's dreams. After a long search for a prosaic explanation that will honestly account for the Hill's abduction experience, I have not found one that holds up under scrutiny.

On the other side, some UFO researchers have insisted that Barney and Betty were abducted by Nazi soldiers working in collusion with Grey aliens. They point to Barney’s statement during a powerful abreation, "..the evil face on the…looks like a German Nazi. He is a Nazi.” Upon investigation it becomes clear that this allegation of Nazi involvement ignores all of the other evidence presented in the Hill’s case. It is a perfect example of not doing one’s homework. The perpetrators of this nonsense have extracted a tiny segment of information that is inconsistent with all of the other details pertaining to Barney's statements, to support a modern myth they have contrived. They are no more accurate than the Phil Klass wannabes of the debunking world.

Let’s examine the facts. On September 26, 1961, Betty reported to NICAP that Barney had observed “figures that seemed to be dressed in some type of shiny, black uniform.” NICAP investigator Walter Webb wrote in his October 26, 1961 report that “They reminded him of the cold precision of German officers.” He was speaking of their precise movement, not their appearance. He added they were “somehow not human.” He never stated that Nazi officers and Grey ETs were working together in a MILAB operation. So, why did Barney even draw a comparison between the “evil faced one” and a German Nazi? Because Dr. Simon treated Barney with hypno-analysis, a technique that required him to compare his emotions on the night of September 19, 1961, to experiences in the past that had a similar emotional impact upon him. Barney served in the Army during WWII. He felt that the ET staring down at him as he stood in the field in Lincoln, NH, planned to capture him. It brought back memories of WWII. Never had Barney stated that he observed Nazis on the UFO prior to his hypnosis or during his later sessions. But he made additional mistakes during his powerful release of emotions that I have discussed in Captured! He cleared up these inconsistencies in later sessions when he was calmer and his mind was clear. It is unfortunate that these psychological distortions of information have been used to promote false tales of Nazi involvement with ETs. If the Nazis truly possessed ET technology why haven’t they taken over the world?

These are but a few examples of the baloney I've encountered over the past 25 years. There are many more. Yet fantastic claims like these feed the public's fascination with UFO myths and conspiracies. Do we live in a time that commands such a level of titillation that we are no longer able to differentiate between fact and fantasy? Have our schools failed in teaching our children how to think critically? Do we no longer rely upon an evaluation of the evidence when we make a decision?

I think it is time for a wakeup call.