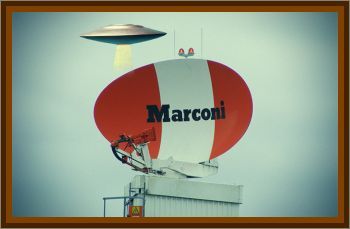 Marconi Systems was a defense and aeronautics engineering firm, contracted by the British government to design and manufacture visionary, top of the line weapons systems and military craft. Now extinct due to its merger with British Aerospace and eventual acquisition by BAE Systems, the firm was never far from controversy and back handed scandal. During the 1980s, reports of an unusual amount of ‘suicides’ among Marconi’s employees who worked on top secret projects gathered widespread media attention in the UK.

Twenty Five engineering experts, scientists and digital communication specialists succumbed to suicide and accidents over a 6 year period, between 1982 and 1988. A large majority died just before their contracts with Marconi were up, or when they were on the verge of transferring to another defense systems company.'

Among those the public were supposed to believe committed suicide were: Shani Warren, a 26 year old personal assistant in a biochemical subdivision of Marconi, who was found at the bottom of a lake with her legs bound, her mouth gagged, a noose around her neck and her hands tied behind her back, Richard Pugh a 37 year old digital communications expert, who was found with his feet tied, a plastic bag over his head and a rope coiled round his neck and body four times. Alistair Beckham, a 55 year old software engineer who supposedly committed suicide by going into his garden shed, connecting his body up to a series of live electrical wires and frying himself to death, and Vimal Dajhibai, a 24 year old software engineer who was in his last week of work for Marconi. His death was ruled a suicide by jumping off a suspension bridge in Bristol. Friends said he spoke of his happiness at securing a new job and saw no reason for him to end his life. The coroner ruled a needle sized puncture wound found on his buttock was caused by his fall.'

Many researchers uncovered whispers that the deaths were related to revolutionary infrared radar technology being developed by the company, and the Star Wars defense initiative, which Marconi played a significant part in, due to America’s literal colonization of British defense innovations, a situation that continues to this day. Looking at these deaths it’s clear that security was something that Marconi took very seriously, and that they were willing to go to unthinkable measures to keep its capabilities and inventions top secret. An important and strategic Marconi complex was situated in the small English town of Frimley, complete with a testing zone, a manufacturing plant and company headquarters. Given what we already know about them, if an intruder were to penetrate deep within the premises, it would rank at the top of the site security alert scale, and that’s exactly what happened in 1976, although this was no ordinary intruder. A security guard doing his patrol at night was passing through the bases’ Old House, a structure that housed the company director’s office and a treasure trove of top secret information on Britain’s Radioactive, Nuclear, Infrared, Sonar, Ballistic and Aviation capabilities.'

While walking down one of these corridors, he noticed a blue light emitting from underneath one of the doors. The guard was aroused and drew his gun, as nothing but classified files in locked Cabinets was meant to be on the other side, and the only person who was authorized to be in the building was him. He burst into the room, and was met with a horrifying and epochal sight. In the corner, perched over an open filing cabinet, rifling through mountains of Top Secret documents, was none other than an Extra Terrestrial. Described as being humanoid, and wearing some form of headlight which emitted the blue glow, it quickly turned toward the guard and erased itself in a blue haze right before his eyes and disappeared. Shrieking in terror, the guard ran out of the building to a security outpost, where he informed his colleagues of his encounter and the Complex went into lock down. The following morning the guard was taken away by 2 military psychiatrists, never to be seen by anyone on the site again.