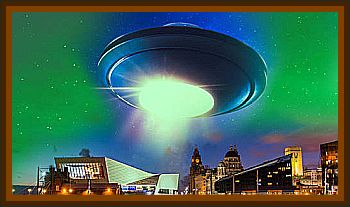 My Mother was 8 years old, attending a roof top barbeque in Manama, Bahrain, with about 14 other family members.

The ship came over the top of the house, and everyone reached up to touch it, as it was directly over the house, going very slowly. There were green lights and some marking on the side, but that was all she could describe.

It was very non eventful and everyone just got back to dinner afterwards as they thought it was something new the RAF had brought in!

I have not reported this before, and I know it's a bit late, but thought you might be interested.

Bahrain has quite a few incidences that occur with sightings, my Father worked for the RAF while he was out there, and has had to sign a document to say he would not disclose a formation of 6 UFOs in late 1950's, along with his colleagues, but I think this document's time limit has lapsed now.