Three Objects In Formation At High Speed During Mainbrace 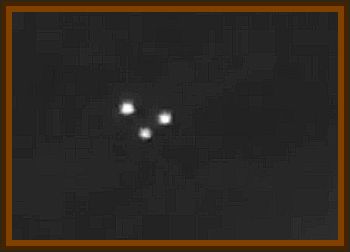 Military personnel from several countries aboard ships in the NATO Operation Mainbrace exercise. Sightings include a blue/green triangle flying 1,500 mph and 3 objects in triangular formation giving off white light exhaust at 1,500 mph.

One document describes an officer in a British destroyer who reported seeing a bluish glowing triangle speeding across the sky at 930 mph. Locatrion: 55º 29' N 14º 552' E.

Another report states para bodies observed in triangular formation apexed to the south that changed bearing from 320º to 240º in 5 to 10 seconds. Appeared to be light from exhaust.

In late September 1952 the NATO naval forces had held maneuvers off the coast of Europe, they were called Operation Mainbrace.

Before they had started, someone in the Pentagon had half seriously mentioned that Naval Intelligence should keep an eye open for UFOs, but no one really expected the UFOs to show up. Nevertheless, once again the UFOs were their old unpredictable selves, they were there.