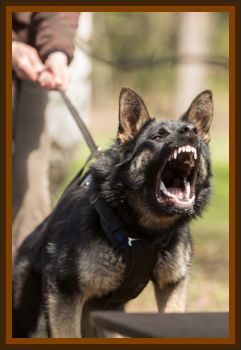 This man totally came out of nowhere. He had no car. It’s like he walked up to the house planning in advance.

My dad had left to go to work a couple of hours, when this man came to our house. It was suspicious because when the man said he was selling magazines, he had no box or paperwork on him.

Then he put his hand on the inside of our door, and stepped up into our house. Then my dog started barking like crazy. He was trying to bite the man and attack him.

The man turned around and sprinted down our street, and we never saw him again.

It was just me, my mom, and our dog. Our dog sensed something about the man, and he didn’t like it.

I think he could see we were in danger.

The man could of been waiting till my dad left so he could make his move. And the fact that he ran down the street and didn’t get into a car was suspicious. That man could of robbed us. Or worse.

Anyway, I don’t like to think about it. All I know is that our dog saved our lives. And I am forever grateful to him. He’s been gone almost 20 years and it seems like he was still here.