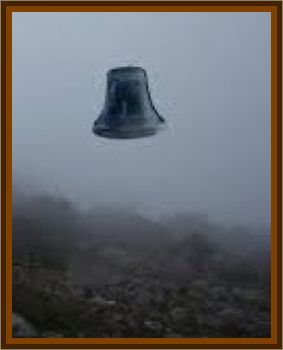 Julio Marino Madeleto, an American technician of Spanish origin who was employed on a project for the construction of dikes in El Salvador, had a small auto accident followed by a strange adventure.

He was driving on the highway at about 11:35 p.m., and due to poor visibility and rain, he struck and ran over a can of gasoline which wedged itself beneath the car.

Madeleto got out of the car, took some tools and began to remove the can. As he worked, he saw, illuminated by the car’s headlights, a bell shaped flying object appearing to be some 40' to 43' in diameter and coming to rest about 100' from him.

He then noticed a human figure about 6½' tall and dressed in a kind of blue outfit engaged in examining the rim of the disk which he struck gently from time to time with a metallic instrument. Suddenly, the pilot was no longer there, the transparent portion on the upper portion of the disk that was giving off a pulsating light greatly increased its brilliance, and Madeleto heard a buzzing sound and felt intense heat. The noise increased without stopping and the object began to rise slowly, giving off sparks from its lower part.

When the disk began to oscillate, turning slowly on its axis, Julio was able to see two groups of portholes or windows on the circular exterior surface of what he assumed was the cockpit or command center. Through these openings, he observed a greenish luminescence.

When the disk rose upwards, he saw that on the bottom portion, there were three yellowish hemispheres which he estimated to be almost 6½' in diameter and separated from each other by 120°, placed equidistant from one another.

Then the disk stopped oscillating and departed vertically at great velocity.

Exploring the area with his flashlight, Madeleto found three hemispherical depressions in the wet ground, arranged to form a perfect equilateral triangle. He also found the footprints of the pilot, which were filled with water. The prints were much deeper than those produced by Julio himself, which indicated to him that the being was much heavier than he.