Scotty Beamed Us Up 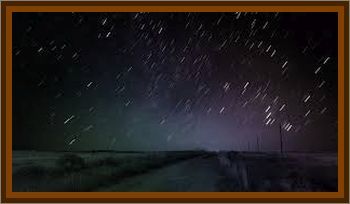 Married couple Peter & Frances MacNorman would set off on their return journey from Sailsbury, Rhodesia, now Harare, Zimbabwe, to Beit Bridge at the border with South Africa. They would drive through the night, with parts of the road being twisty and hard to negotiate.

It was around 2:30 a.m. when Frances noticed a strange light behind them. She informed her husband, who saw it, too.

It began to come closer, and soon, it was level with them on their left and moved alongside for some time.

Peter, realizing he was traveling in excess of 90 mph, eased his foot off the gas. The car, however, continued at the same speed. He tried the brake, and nothing happened. He wasn’t in control of the vehicle.

The next thing they knew, they were approaching the South African border.

As they had their details checked, they noticed the clocks at the border read 8:30 a.m. Each checked the car clock as well as their watches, which clearly read 7:30 a.m.

As well as this apparent missing hour, neither had a clear memory of the journey home, and what little they could recall was of driving on a long, straight road. Remember that the route was full of twisting roads.

Even stranger was that their vehicle still had a full tank of gas despite their apparent 200+ mile journey. Strangest of all, however, were the four brand new tires which neither recalled purchasing or fitting.

Peter would eventually undergo hypnotic regression, and the revelations were as intriguing as they were outlandish.

Shortly after the light appeared, a large headed alien beamed into the back seat of the car. The vehicle was caught in a strange tractor beam and was lifted from the ground and landed inside a huge ship above. Peter was taken to a sickbay, where he was examined for several moments.

Even stranger, he claimed to see his wife and other people on board, although they appeared to be in a trance. Incidentally, he caught sight of his vehicle, parked in between two smaller disks with four aliens performing repairs on the engine.