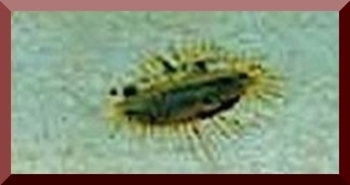 Saint Agobard was born about 769 in Languedoc, came to Lyons at age 20, was ordained in 804 and succeeded Archbishop Leidrade when the latter retired in 814. Archbishop Agobard was an enlightened, intelligent man who took an active role in the political debates of his time:

He became involved on Lothaire’s side in his fight against his father and even wrote a book supporting him.

This cost him his position when Louis the Pious came to power, but he was reinstated 2 years later, in 837. He died in 840. A serious philosopher and early day rationalist.

Agobard left no less than 22 books, including several treatises against superstitions and heretical beliefs, along with political pamphlets and volumes of poetry. An anonymous French translator of his work, actually Antoine Pericaud, Sr., entitled De Grandine et Tonitruis or About Hail and Thunder, notes in his introduction:

All of his writings, whose style is consistently correct and often elegant, deserve the honor of being translated, for they make known to us the mores and customs of the first half of the ninth century, better than those of any other writer of the time. In particular one must acknowledge that he fought the prejudices and superstitions of his time more strongly and with a higher sense of reason than anyone else. It is against one of these prejudices that he compiled About Hail and Thunder.

The book was first partially translated from the Latin as a piece published in L ‘Annuaire de Lyon for 1837. The translation was then revised and reprinted as an essay, with very limited distribution, in 1841.

It is this volume we have studied in the Lyons municipal library. The main purpose of De Grandine et Tonitruis is to debunk popular misconceptions about the weather. In particular, the Archbishop of Lyons fought against the idea that winds and storms were due to the influence of sorcerers, appropriately named tempestari by the vulgar people, his main argument is that:

Whoever takes away from God His admirable and terrible works, and attributes them to Man, is a false witness against God Himself. It is in this context that he raises his voice against those who are insane enough to believe that there could be ships, naves, flying through the clouds. Plerosque autem vidimus et audivimus tanta dementia obrutos, tanta stultitia alienates, ut credant et dicant, quandam esse regionem, quae dicatur Magonia, ex qua naves veniant in nubibus, which our translator renders as follows:

We have seen and heard many people crazy enough and insane enough to believe and to state that there exists a certain region called Magonia, out of which ships come out and sail upon the clouds, these ships are said to transport to that same region the products of the earth that have fallen because of the hail and have been destroyed by the storm, after the value of the wheat and other products of the Earth has been paid to the Tempestaires by the aerial navigators who have received them.

We have even seen several of these crazy individuals who, believing in the reality of such absurd things, exhibited before an assembled crowd 4 people in chains, 3 men and one woman, said to have fallen down from one of these ships. They had been holding them bound for a few days when they brought them before me, followed by the multitude, in order to lapidate them. After a long argument, truth having prevailed at last, those who had shown them to the people found themselves, as a prophet says, in the same state of confusion as a robber who has been caught.

What distinguishes this episode from many folklore tales of ships sailing in the sky is the availability of a precise reference, the authority of a known and respected historical figure who has written extensively on many other subjects, and the fact that the Archbishop, while he testified to the authenticity of a first hand report, remained a skeptic about the reality of the objects themselves. Since we do not have access to the statements made on the other side of the argument, we will never know what the cloudships looked like, or why the witnesses thought that the 3 men and one woman had in fact come from these ships and should be stoned to death.

Naturally the mere fact of alighting from a cloudship may have been proof of sorcery. In one of his books French physicist Arago states that until the time of Charlemagne it was a common custom to erect long poles in the fields to protect them from the hail and the thunderstorms. These poles were not lightning rods, as one might suppose, but magical devices which were only effective when they held aloft certain parchments. In his Capitularies, published in 789, Emperor Charlemagne forbade this superstitious practice.

His statement teaches us that interaction between us and the ships that sail through the clouds is not a new phenomenon. It also indicates that the vision of these ships was linked, in the popular mind, to atmospheric disturbances and to the stealing of fruits, plants and animals by beings from the sky.

The reference to animals comes from a passage in a book by J.J. Ampere, in Histoire Litteraire de la France,

It was believed that certain men, called Tempestaires, raised storms in order to sell the fruits hit by hail and the animals who had died as a result of storms and floods to mysterious buyers who came by way of the air. Most importantly, Agobard’s book shows that as early as the ninth century there was a belief in a separate region from whence these vessels sailed, and about the possibility for men and women to travel with them. We must be thankful to him for saving the lives of these 4 poor people, an episode that shows that the skeptics, in this field, can do some good after all.