A UFO Event Happened About 50 Years Ago In Beijing China 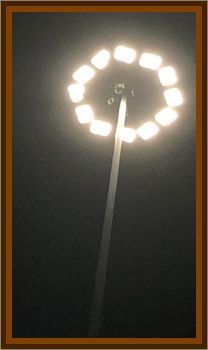 I heard this event from my parents. It's about 1965. My hometown is a village near Beijing. The name is LuoPoLing.

Once, at one night of outdoor movie, the movie just started, people there including my father and mother saw a light ball flying high and fast over them.

According to them, it was just like a light bulb flying in sky. There were also two fighters chasing after it. The fighters roaring and flying over them. About 1000 people in my hometown all witnessed that.

After several days, government asked local people help them to search and move a fuel tank dropped by the fighters. At same time an explanation was given by the authority. They claimed at that night, a light object was found by air force. Because the relationship between CCCP and China was hostile. The object was suspected as a spy plane of CCCP. Two fighters were sent to chase the light ball. However because the object was too fast to chase,the pilots tried to shoot it down.

Before firing at it, the pilots dropped the external fuel tanks of fighters in case that they would engage with the object. They fired at the object but did not work. The object ahead north, the direction of Mongolia and CCCP. It is another reason why it was suspected as a spy plane of CCCP. in high speed.

When I heard this story from my parents some years ago I thought it is a standard and convincible UFO event.

Firstly it was chased by two fighters, it means the height of the object was not too high or too low. It is not satellite or bird.

Secondly,thousands of witnesses, including people in my hometown and military guys, like the two pilots.

Lastly, it should not be a spy plane of CCCP or other countries. Because even right now, no one makes a spy plane as a bright bulb. It is too stupid.