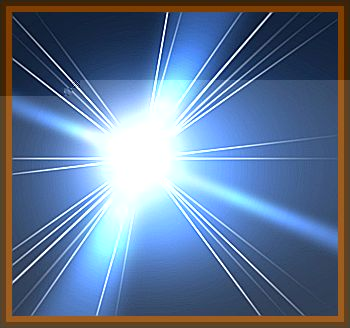 The unexplained tracks in the tar appeared again in Lunenburg County.

Mrs. Doris Simon reported hearing a terrible roaring sound like a jet about 10:00 p.m. Wednesday night, rushed onto her front porch and saw a brilliant white light through the trees on the opposite side of the road from her home.

She also said the television screen went black during the several minutes of the noise.

The following morning she said she discovered two horseshoe shaped markings in the tar road.

Similar sightings were reported in the area.

A 3 man team from the National Investigations Committee on Aerial Phenomena, NICAP, in Washington was investigating the incidents.

After several warnings the sheriff’s department arrested 25 seekers of the light in a church cemetery and charged them with trespassing.