Reported in a London Paper 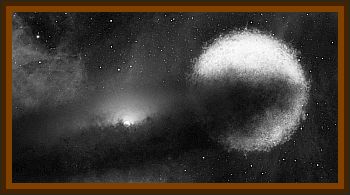 I have in my possession a copy of The London Chronicle, also called the Universal Evening Post, dated Thursday December 23, 1762, whose front page carries a report, referring to an obseved phenomenon at Lulworth, Dorsetshire, on December 11, 1762, at 9:00 p.m.

A sudden & radiant light which overspread the earth and sea, equal to the splendor of the noonday summer sun. Looking directly perpendicular over us, we saw an appearance refulgent as the sun itself, in form straight as a line, about 8 times the diameter of the full moon in length, in breadth not an eighth part of its length, the duration about a minute.

Afterwards it altered its position, and changed into a serpentine form to terminate in smoke.