Aboard The USS New Orleans (LPD-18) 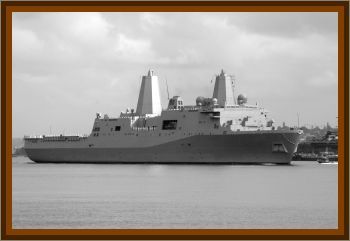 I was in the navy in 1971 on a recovery mission aboard the USS New Orleans (LPD-18) we recovered Apollo 14 the Apollo space craft was aboard at this time.

I alway like going on the flight deck at night to look at the stars.

After the recovery was done I did so thats when I saw a shooting star accept shooting dont stop hover over the ship and change direction.

Years later the astronauts admitted a UFO followed them from the moon. For me it proved I was not see things.

But I never reported to the officers on board and never talk about it, but wanted to.

The commander aboard Apollo 14 was Edgar Mitchell check it out.