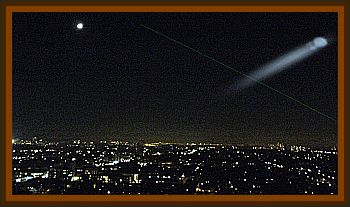 On this date, at 11:20 p.m., for an unexplained reason, Selfridge AFB radar ceased operation. In addition, a Capital Airlines pilot confirmed the Michigan events.

Six observers at five different points in the lower Michigan area report, the sighting of an unusual flying object between 11:20 p.m. and 11:25 p.m. The object in all cases was observed in the Southeast quadrant travelling at speeds as fast or faster than a jet aircraft in flight parallel to the earth in a southwesterly, west south westerly or westerly course. Altitude estimates of the object are not conclusive in any case but indicate object was below 2,000' feet in opinion of most observers.

The object was described variously as round, football shaped, egg shaped and bullet shaped.