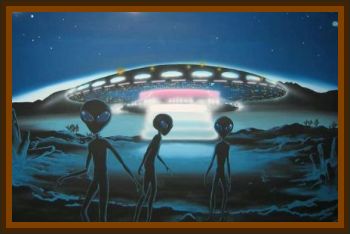 He followed it for 3 miles until it landed in the Lost River Sinks. As it settled to the ground, the lights dimmed and Solem could see by the moonlight that it was a metallic disk shaped craft.

Standing beside it was a person with long blond hair dressed in a white uniform. At first Solem thought that this person was a woman because of the long hair, but it turned out to be a man instead.

Solem claimed that this man stated that he was from Venus, he wanted to be called Paul 2, that he held the rank of angel and that in a former life Solem himself was a Venusian.

In fact, he was told that he had been a spiritual teacher on the planet Venus. Paul 2 informed Solem that his Earth mission was to work with the Indians from North to South America, to help in the preparation of a post apocalyptic utopian society that outlawed money and where people lived communally.