Metallic Disk Observed By 150 to 200 Observers 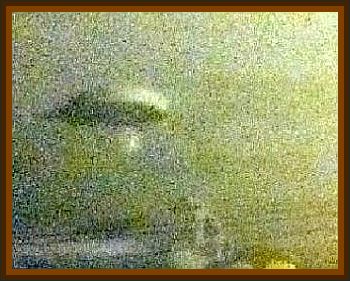 Aeronautical engineer Moulton B. Taylor with experience in USN guided missile and pilotless aircraft development was airport manager at Longview preparing for an air show when someone pointed out an object in the sky to the northwest at about 30º elevation.

Taylor immediately announced this sighting over the public address system to the crowd of 150 to 200 observers, including pilots, who watched a metallic disk shaped object cross the sky from northwest to southeast, track offset to the west not quite reaching zenith, with an oscillating falling leaf motion along a straight path and occasional sun glints, estimated altitude 30,000' at 300 mph, approximate size of DC-3, about 100' disappearing in smoke from a wood pulp mill at about 80º elevation after a total duration about 2½ to 3 minutes.

A 2nd similar object was seen about 6 minutes later coming from the north-northeast at about the same altitude/distance, at about 45º elevation, heading about due south on slightly curved path, concavity of path away from witness, radius of curvature about 15 miles, disappearing in the sun east-southeast azimuth 116º elevation 53º, after total duration about 2 minutes, on a possibly 8 mile long path at 240 mph.

Then a 3rd sighting at 11:25 a.m. coming from almost due west-northwest at about 40º elevation, on a west to east straight line path, passing to the north, not quite reaching zenith, again at about the same altitude/distance at which time the oscillations were precisely timed at 48/minute and again disappeared in the sun to the east-southeast azimuth 127º elevation 58º at 11:27 a.m., again on a possibly 8 mile long path 240 mph.