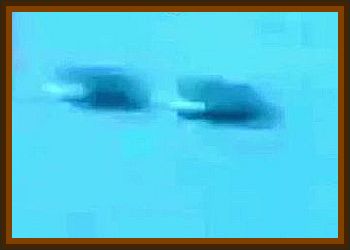 I regret that the incident happened so long ago that I am unable to give a precise date. My experience happened in 1977 or 1978, when I was 15 or 16 years old. I was the only witness. At the time, I was a member of my local astronomical society, with responsibility for coordinating meteor observation.

Astronomy was a serious hobby for me then, and I was used to observing the skies and being able to identify the normal kind of objects in the heavens, like stars, meteors, planets, satellites, and planes.

It was late, possibly past midnight, I often did meteor watches through the early hours. I was doing a meteor watch, alone, and lying on a camp bed out on the balcony in front of my house in Slough, Berkshire. There was an astonishing phenomenon in the sky of a kind I had never seen before, and have never seen since. It was definitely not an astronomical phenomenon or any description of human vehicle I know of.

The object(s) crossed my field of vision rapidly, within a second or maybe even half a second, so it was moving at incredibly high speed. It consisted of 2 disks of light. They moved so rapidly that it was difficult to distinguish whether they were clearly defined disks or whether the edges were diffuse, but my memory recalls my perception as being that they were fairly diffuse.

Although the disks were about ⅓ or ½ the diameter of the moon, they were not particularly bright, certainly not as bright as the moon, but not particularly dull, either. The strange thing about them is that they seemed to be connected in some way, as the disks seemed to be rocking or pivoting about a central axis as they rapidly crossed the skies, so that the disks would during this rocking process be alternately one further in front than the other.

The angle of the rocking from the perpendicular was possibly between 30° and 45°, and during the transit, the disks probably repeated this backwards and forwards rocking motion twice.

They were separated by a distance of perhaps four or five times the diameter of the moon. The lights were white, and I saw no color in them. They left no trail, and the trajectory was practically overhead, and they crossed the whole of my field of vision, until it was obscured by the houses on my left hand side.

I was lying on the camp bed facing perpendicularly into the skies. It was a clear, cloudless night. There was no accompanying sound. I did not perceive anything in the object other than these lights, and at the time assumed that these were 2 separate objects that happened to be flying together in a formation, but was puzzled as to why they seemed to be rocking backwards and forwards about a common axis.

However, in more recent years I have wondered whether they were both fixed to the base of a larger, dark craft, whose base was undergoing this rocking motion for some reason. Although I was not able to distinguish any craft to which the lights were joined, because of its speed, and the state of utter shock and anxiety I was in when I saw the phenomenon, it could just be the case that I did not notice it.

I shared this information with my parents, and I wrote a report containing much of the detail above, though I cannot remember after all this time what I did with the report, whether I lodged it anywhere, which I think is unlikely, as the Internet wasn’t yet available then, and I wouldn’t have known where to send it, or more likely, whether I filed it somewhere at home and have lost it in the course of the years.

At the time of witnessing this event, I was very much a skeptic with regard to the question of UFOs. I knew enough about relativity to believe that other stars were too far away for extraterrestrial visits to be possible, given the velocity limit of the speed of light. I was simply forced to abandon my skepticism by what I saw with my own eyes. As mentioned above, I was also used to astronomical observations, and could easily have identified a very unusual but natural object, such as a fireball, or a satellite reentering the atmosphere. I have scoured the internet to find out whether anyone has seen anything at all similar to my rocking twin disk UFO, but have been unsuccessful. I would be extremely interested to know whether you have ever received a report describing anything similar.