Disk Shaped Object That Sped Away 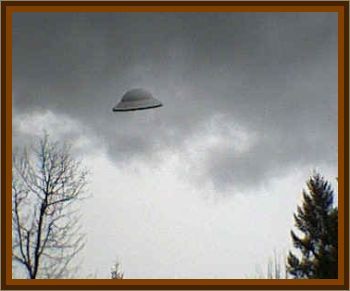 It was the afternoon of August 18, this date I am sure of because it was my birthday, however the year may have been 1971 or 1972.

We were standing on the balcony of the 6th floor of the block of flats where I lived. We noticed that in the clear sky there was a circular disk, it did not seem to be very far away as it looked very large, and quite chunky.

We could see the detail of it quite clearly. It looked metallic. It was hovering in the sky.

We speculated on what it was, I thought it must be some kind of weather satellite as I just could not conceive what it could be, it was so clear but none of us had seen anything like it before. We were astounded however.

When it suddenly took off at an amazing speed and we followed its flight until it went out of sight. I was excited to read in our weekly local paper that this object had been spotted by many people in our local area. The local UFO society were appealing for witnesses to report it's description. However, I did not contact them.