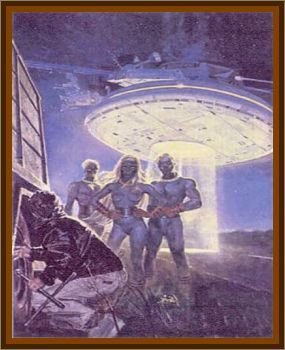 Saturday afternoon, Dionisio Llanca put on some old pants, shirt & a dark sweater, and lounged at a modest painted cottage on Chubut Street, only ten minutes from the center of Bahia Blanca. He ate lunch early and napped during the siesta period because he would have to drive all night long. He woke up at about 6:00 pm, and watched a television serial, which was realistic, direct and without fantastic elements.

At about 10:00 pm, at his uncle's house, he ate a dinner of beef, salad, and two glasses of cepita, a non-alcoholic beverage, with his uncle Enrique Ruiz. That same night, at about 12:30 a.m., Sunday, October 28, 1973, Llanca said goodbye to his uncle and got into his truck, a Dodge 600, loaded with construction materials to deliver them to the city of Rio Gallegos. For Dionisio Llanca, this is a routine two day trip to the south of the country.

When he went to an Esso gas station on Don Bosco Street for refueling, he noticed that one of the tires was a bit low, but gave it little attention and decided to recheck it upon arriving at the town of Médanos, 18 miles away, so he wouldn't waste any more time. While driving on route 3, about 12 miles from the city of Bahia Blanca, he noticed that the tire was losing air fast, so he urgently needed to stop to change it. He regretted not changing it at the Esso gas station where he had stopped 15 minutes earlier to get gasoline.

At approximately 1:15 a.m., he pulled over on a dark and desolate shoulder. He began removing the tools, wrenches, jack and began changing the tire all by himself. The road was fully deserted in a wooded area and its surroundings were pitch black. As he was changing the tire, he observed that the road was illuminated with an intense yellowish glow about a mile away. Because of the color, he thought that it could be the headlights of a Peugeot automobile and continued to work without paying attention. While kneeling down changing the tire, the light suddenly positioned itself behind him above the treetops, becoming so bright that it lit the whole area and changed to a bluish color similar to that of an electric arc welder. When he tried to get up to look towards the wooded area where the light was emanating from, he realized that he had no strength in his legs to do so.

Looking back over his right shoulder, he noticed something unexpected; behind him was a huge disc shaped object, suspended about 23' above the ground and three humanoid beings standing looking at him. He was totally paralyzed and could not even speak. The three of them just stood there looking at him for a while, according to Llanca, for about five minutes. Then one of the humanoids grabbed him by the back of the collar of his sweater and lifted him up firmly but not aggressively. He tried to talk, but his voice couldn't come out. While being held by that humanoid, the other one placed a device similar to a razor at the base of Llanca's left index finger drawing blood. Llanca believes he passed out soon after seeing two drops of blood on his finger, because he couldn't remember anything else after that.

The aliens were described of the Nordic type. They were two men, and what he perceived to be a woman due to the formation of the breasts and the long blonde hair reaching down to the middle of her shoulders. The men were also blond but with shorter hair. They were about the same height, 4' to 5' and they were all dressed in a tight-fitted smoky gray one piece suits, orange boots and long orange gloves reaching to the middle of their arms. They did not wear belts, weapons, helmets nor anything else. Their facial features were like those of human beings, except for their high foreheads and elongated eyes. They spoke among themselves in a strange language, which sounded like a badly tuned radio with chirps and buzzes.

Llanca couldn't remember when he woke up, but it is believed to be between 2:00 a.m. or 3:00 a.m. of that Sunday. When he opened his eyes, he found himself among the railcars in the yard of the "Sociedad Rural de Bahía Blanca", some 5½ miles from where the encounter took place. He was in a state of amnesia, as he couldn't remember even his name, the episode, the truck, or his home. He began walking towards the road and passed out again. When he woke up, he continued to walk on route 3, and upon reaching the intersection of route 35, a driver found him walking around aimlessly like a robot. The driver picked him up and drove him to a police station where he was subsequently brought to El Hospital Español (The Spanish Hospital).

It is still a mystery as to what occurred between the time of the encounter to the time he woke up among the railcars, some 5½ miles away and when Doctor Ricardo Smirnoff treated him at the Spanish Hospital. Dr. Altoperro stated that it was a curious case since Llanca, a young man of about 25 or 26 years of age, was in a state of total amnesia.

At the hospital, he still could not remember anything about his past. He did not know who he was, where he was born or even who his parents were. He remembered absolutely nothing about his past. He cried continually and asked what town he was in. When his head or hands were touched, he drew back instinctively as though it would produce pain. He had a bad headache in the right parietal temporal lobe area. The police were notified and he was subsequently transferred to El Hospital Municipal (the Municipal Hospital).

On October 30, 1973, at about 10:00 pm, when he awoke on his bed at the Municipal Hospital of Bahía Blanca, he regained his memory and could remember the experience in detail up to the point he blanked out after seeing his bloody finger. His clothes were intact, folded in the drawers of his hospital room. He felt a desire to smoke and to know what time it was. He searched his clothes and discovered that his watch, his cigarette lighter and cigarettes in a metal box were missing. The pants pockets still contained the 150,000 Argentinian pesos that he carried upon leaving home. He asked about his truck, which worried him more than the UFO and its occupants. He was told that the police had found it parked on a shoulder in Villa Bordeu, some 111 miles from the city of Bahia Blanca, with the jack in place and with one of tires removed. His papers in the glove compartment had not been disturbed.

On November 5, 1973, Llanca was placed under hypnotic regression, which allowed him to relate the facts he could not remember when aboard the alien spacecraft for over an hours. He explained during hypnosis that when they approached the truck, a biopsy was performed on him; a small skin tissue was removed from his left index finger with a small razor-like device. Then a sort of yellowish light beam left the craft, which drew him into the oval interior of the spacecraft.

Once inside, he saw how the woman handled a number of instruments that he identified as being medical and surgical equipment, perhaps preparing to examine him. One of the men, which Llanca believes to be the pilot, seemed to be sitting in front of the ship's controls and held in his right hand a lever or a sort of joystick. The other male humanoid was observing the starry sky through a large glass like panel, an image that was repeated in a series of color monitors located to the left of Llanca. Then, a hatch opened and several hoses and cables were thrown outside the spacecraft. The hoses sank into a small watercourse and the cables made contact with a high voltage tower located nearby.

The woman, serving as a sort of nurse, was still taking care of some instruments on the large table. She changed the orange glove on her right hand for a black one that had spikes on the palm. When she walked over to Llanca, she made an incision on his right temporal area. Then unintentionally struck him on the left eyebrow producing a hematoma (or a bruise) that human doctors subsequently examined and treated. When they finished examining his head, the aliens proceeded to anesthetize his wound. At this point, he was released from the spaceship completely unconscious, he was later found roaming the streets in a state of amnesia, and his next recollection of the incident was when he awoke at the Municipal Hospital of Bahia Blanca.

In Conclusion, the truck was found at the site where Llanca claimed to have parked it. A few yards from there, it was ascertained that a high voltage tower was damaged. After consulting with the company that supplied electricity to the city, a team headed by Fabio Zerpa (a well-known Argentinian ufologist), had confirmed that on Sunday, October 28, 1973, between 2:00 a.m. and 3:00 a.m., there had been an unusual increase of energy consumption. In addition, doctors who treated him found a clean incision in the scalp and a bruise on his left eyebrow area, coinciding with what Dionisio Llanca had reported.

There are many views generated in this case. Both doctors and researchers of the UFO phenomenon are divided between those who accept that an exceptional event did occur on route 3 that night, and those who believe that we are dealing with what Roberto Banchs (an Argentinian writer) described as one of the most sophisticated hoaxes to date.

We may never know the truth, but the alleged abduction of Dionisio Llanca was thoroughly examined and investigated by some of the best doctors, psychologists, psychiatrists and ufologists in Argentina. Still to this day, it has been found to be one of the most bizarre cases of the alien abduction phenomenon occurring not only in Argentina, but also in Latin America and in the world. During his many hypnotic regressions, he was able to draw several sketches of the aliens and the spacecraft he encountered on that lonely road while changing a flat tire.

Dionisio Llanca is a simple, almost primitive man. In two days of interviews, he remained withdrawn and did not even smile. He is serious with a remote sense of humor. One of the doctors characterized him as innocent. When he is asked what he thinks about UFOs, he says, Nothing, it doesn't interest me. In reality, a few things interest Dionisio: of course his parents, his town and his work. He does not like to think about the events of that night.