Little Man in a Green Dome 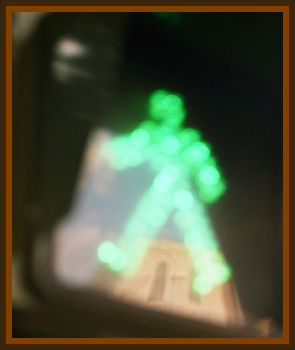 One night as a child, I saw a little man in a green dome working at a machine with all sorts of dials near Little America.

When I was only 5 years old, my mother was pregnant with my little brother John. We were living on our homestead near Cody, WY, but it was cold there and she wanted to go to her family in Nebraska to have the baby.

We were on a bus and it stopped suddenly in the middle of the night.

I woke up and asked mom where we were. She wasn’t sure but said we had passed through Little America. I looked out the window and saw a little man at a desk.

I thought he must be upstairs in a building. He was bald and his office was lit with a green light. He was using a machine that had lots of dials on it. I asked mom what little man was doing but she didn’t even look and just told me not to bother her and go to sleep.

I watched the little man for a while and then I did go to sleep.

Later mom told me there had been an accident up ahead and that was why the bus was stopped so long.

Every time we passed through Little America after that, I looked for a building that might have a dome shaped office on the top, but never saw one again.