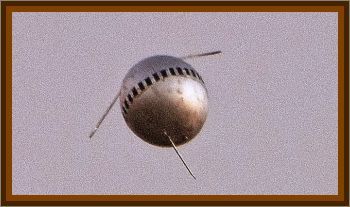 Strange lights were seen over Lithuania.

Two Lithuanian police officers spotted, and reported a spherical UFO. The sighting occurred near the village of Nemezis, only a short drive from the country’s capital, Vilnius.

Along with the peculiar light show, the officers also noticed an odd sound. They both described the sound as an electronic or electric crackle. Almost as if the object somehow electrified the air around it.

Unsure what they were dealing with, the two officers tried to move in closer to investigate. They stayed low in the long grass, moving slowly. The two policemen only moved about 60 yards before the object began to move. It moved away slowly at first, but then departed from the area very quickly. The objected headed straight for the Lithuanian capital.

Now quite concerned about the object and its flight path, the two officers raised an alarm.

Teams of law enforcement agents from various departments gathered at the scene. Lithuanian Special Forces, the Vilnius Police Commissioner along with several other officers and a K-9 unit, even various members of the country’s Civil Defense Department arrived to investigate the scene of the emergency.

The area was combed thoroughly. The teams measured and documented the background radiation. They recorded the sound of the electric crackle, which could still be heard even after the object was no longer in the area. The K-9 units surveyed the area with sniffer dogs. The dogs found nothing and even behaved in a normal fashion.

Actually, no substantial evidence was recovered from the scene with the exception of a large circle that was made by flattening the tall grass in the area. The circle was roughly 30' in diameter and was found on the ground where the pulsating sphere was said to have hung.

No other reports have been made concerning the sighting. Scientists never gave an opinion on the object or reported the findings from the study of the area.