UFO Spotted By Police On East Coast Of Britain 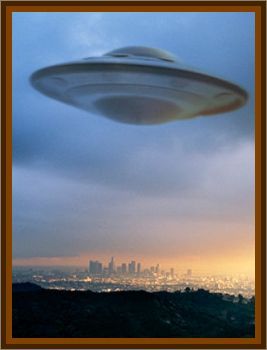 The corroborated sightings were documented in a detailed RAF investigation in files released today by the Ministry of Defence.

Police officers in Boston and Skegness, in Lincolnshire, saw the UFOs above the North Sea on October 5 1996 and contacted the coastguards, who in turn alerted ships in the area. The lights were also observed by the crew of a ship in The Wash, the estuary on the north west margin of East Anglia.

Simultaneously, RAF air defense radars at RAF Neatishead in Norfolk detected an unidentified blip over Boston. But the RAF report concluded that the radar imagery was caused by St Botolph's church spire in Boston. It read:

The church spire is known in aviation circles as the Boston Stump, and appears occasionally on some radars in certain radar propagation conditions.

But the lights in The Wash area were harder to explain and were suggested to be a distant celestial source. The report read:

The lights in The Wash area were observed from three separate locations high above the horizon and in the same general direction, but without corroborating radar data. No associated air vehicle was detected by civil or military radars. This suggests a distant celestial source. There were no corroborating radar returns for the visual sightings.

The MoD files released to the National Archives also include a testimony from a senior air traffic controller from Glasgow Prestwick Airport, in Ayrshire. In February 1999, the controller tracked a fast moving and unexplained UFO on the airport radar. This led to an extensive investigation by RAF air defence staff who impounded radar tapes from a number of airports around the UK.

But no additional evidence was found which could corroborate the Prestwick incident, the report concluded.

In another file, a report reveals four members of the crew of a fishing trawler in the North Sea spotted a flat, shiny, round object hovering 19 miles north east of Fraserburgh on August 18 1997. They tracked the mysterious UFO on their surface radar for several seconds before it vanished.