It Hovered Over The Park 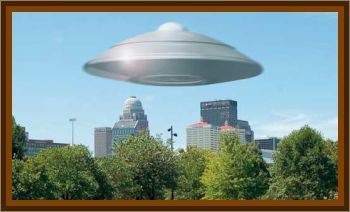 I have never told this to anyone, except for close relatives, until now. This happened when I was 14 years old, but I remember it vividly to this day.

I was visiting my aunt and uncle who lived in Lima, Peru in South America at the time. I had gone up to the balcony of their home. Across the street was a large park about 4 city square blocks. I had climbed on to the balcony to look down at the park to see if I could spot any of my friends playing there. As I did so I saw that everyone in the park, and there were many people, were all looking up, so I looked up as well. As I did I was so startled that at first I thought the sun was crashing down upon us, but in that split second I realized that what I was looking at was stationary and was not going to crash on top of us. Then I realized I was seeing a circular material object that was very huge and bright white. It was hovoring over the trees at very close range.

It was at least the size of the park itself.

It cast a huge shadow over the park. It hovered there for what seemed several minutes. It seemed to be spinning quite rapidly. Then, out of the blue, it took off at incredible speed and disappeared. I was stunned I was not sure what I had just witnessed, but eventually I came to the realization that it must have been some type of space ship.

When I looked back down at the park no one was looking up, and everyone seemed to be going about there business as if nothing had happened. This was something that impressed me a great deal, because at that age I was hardly interested in UFO's or any such thing. I was a typical 14 year old kid. UFO's were the last thing on my mind. It left me completely dumb founded for quite some time.