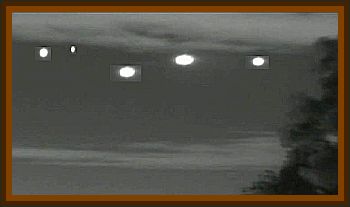 I was the first to report what turned out to be the largest UFO sighting in Canada.

I was at that time the lifeguard at the Hotel Bonaventure in Montreal. The swimming pool was on the roof.

I noticed a woman who was floating on her back, motionless, for about 10 minutes. I went to her to see if she was all right. She just pointed silently up to the sky.

When I first saw those lights I was stunned. They were very bright. I first saw yellow lights, I would say 6, 7, or 8 spots, within the shape of an egg.

It didn't move an inch, from what I could see. Everywhere I moved around the roof, the thing always seemed to be right over my head.

Somebody pinch me, because I don't believe what I see.

I called the hotel manager and rumors spread like wildfire through the hotel. The police arrived and called for help when they witnessed the overwhelming display of lights and the large crowd that had gathered.

Photographers were taking pictures and the TV people were there, too. The lights now seemed to be a coldish white, almost bluey, and incredibly bright and sharp, like pencils of light.

After approximately 2 hours and 15 minutes they began to move slowly from the West to the East. When they were far away they still resembled a shape or formation, like a glittering crown in the sky.

It was really something to witness. It will always stick in my memory as something strange and very exciting.